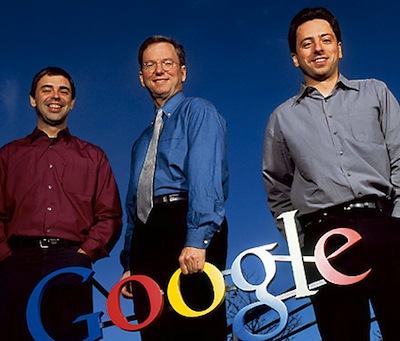 Google’s position as the hottest company on the Web seems to have been usurped by upstarts like Facebook and Twitter, but the company’s executive chairman and former chief executive Eric Schmidt said today that Google is taking steps to make sure it doesn’t become obsolete.

Schmidt, who was speaking at the D9 conference in Rancho Palos Verdes, Calif., acknowledged that there’s a standard high-tech narrative — two people start a company, it’s a success, they become rich, the executives quit, ultimately its growth flattens out, and it becomes “quite boring.” Google is fighting against that in a number of ways, he said. First, its executives are open about that danger and talk about how to avoid it. (Co-founder and current CEO Larry Page is reportedly trying to return the company to a startup mentality.)

More broadly, he said Google’s strategy is to “continue to innovate new businesses at scale”. Pointing to Google’s past pattern of continually beating the expectations of Wall Street analysts, Schmidt said that happened because the company’s core business (search and search advertising) remained strong while its “new businesses were going twice as fast.” The Internet makes it possible for a company to launch something new and have it take off very quickly “if you get the product right.” For example, Schmidt said that Google’s display advertising business is growing fast alongside the company’s traditional strength in text ads.

The question of obsolescence seems like a relevant one for Schmidt, since he stepped down as CEO earlier this year and has reportedly been considering other jobs. Is he getting bored with Google himself? He said that he plans to stick around at Google for “a long time.” After all, he said, if you look at the most interesting shifts in the world right now, “It’s all about information.”