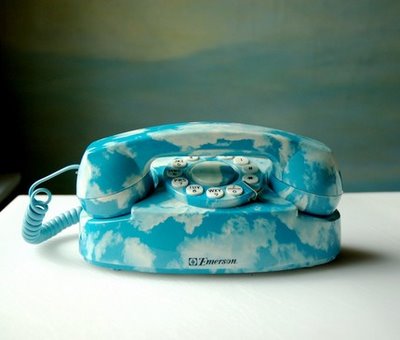 Why is a mobile phone number tied to a SIM card (and often a device) rather than a person? My sister lives in Brooklyn but has never owned a mobile phone (she still has an answering machine like in Sex and the City). However, she does have a habit of borrowing other people’s phones.

Something similar happens all over the developing world where the poorest people borrow phones and SIMs from friends and family as needed. Enter Movirtu‘s “cloud phone”.

Movirtu provides a user with a unique mobile number. The number is accessible on any mobile phone and can be used for mobile money and information services as well as making or receiving calls and texts. A phone owner who lends his phone to a cloud phone user receives a percentage of the transaction as an air-time top up. The cloud phone customer uses the same top-up vouchers, applications and mobile carrier care system as any other prepaid user. The system requires no special handset features, SIM cards or additional client software.

Cloud phone services are aimed at people in rural areas living on less than $2 day. 80 percent of people living below the poverty line in rural communities in Sub-Saharan Africa and South Asia do not own a phone or SIM.

The cloud phone is a great example of a product created specifically for the developing world which also has applications in rich countries. This is a trend to look out for in the global mobile market as novel business models and tech products originate in emerging markets and spread into developed economies, rather than vice versa.

A growing number of phone users in developed markets have more than one SIM connecting, for example, an iPad, a BlackBerry for work and a personal iPhone. Over 1 billion mobile phone subscriptions in mature markets are duplicates. The problem is even worse for users who travel a lot and are therefore active on multiple networks.

Movirtu’s ManyMETM product allows subscribers to manage multiple phone numbers and accounts from a single authenticated mobile device and SIM card and make and receive voice calls and messages on all their numbers. Multi-national operators can offer the use of different numbers from each of their regional operations on a single mobile device and bill to a single home account.

A phone number used to be tied to a place. Now it’s tied to a SIM. Maybe it’s time your number finally corresponded to you.