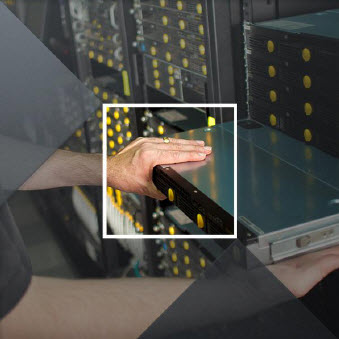 ﻿About 37 percent of companies are already using cloud infrastructure, or web-connected data centers, to run their information technology operations, according to a survey by Advanced Micro Devices.

About 63 percent of those using the cloud store data in the cloud that is worth more than $250,000. And 63 percent said they are already seeing benefits from cloud deployments. Those results suggest that a lot of companies have begun to trust cloud technology, despite risks associated with cloud infrastructure occasionally going on the blink. 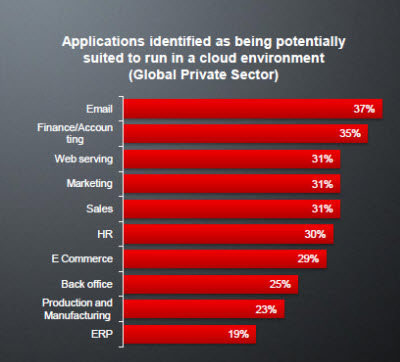 Some companies are refusing to deploy the cloud. For those, security and loss of data are the biggest concerns. Recent incidents such as Amazon’s big cloud outage and Sony’s PlayStation Network attack are likely to stoke those fears.

AMD conducted the survey to find out more about companies’ plans to deploy cloud technology, which relies upon servers that use AMD chips. The survey is based on interviews with 1,513 information technology professionals during the month of March about their plans for deploying cloud technology. Each company interviewed had more than 100 employees. The bulk were in the U.S., while the rest were in Europe and Asia.

About 75 percent of the companies that are using the cloud said they already had the expertise internally to deploy the cloud. But of those who are investigating it, only 39 percent have that capability. John Fruehe, director of product marketing for servers at AMD, said that suggests that IT technology providers need to do more to help companies implement the cloud.

About 92 percent of the participants said infrastructure was an important part of the rationale for deploying cloud applications. About 46 percent said that a strategic shift in information technology policy was a reason for moving to the cloud.