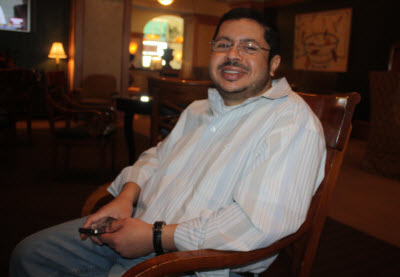 Moataz Rashad spent a few years developing an artificial intelligence technology that recognizes photos taken with a smartphone and then categorizes them. Now his Sunnyvale, Calif.-based company VuFind is launching VuHunt, a rewards-based location game that uses the technology on Android phones. 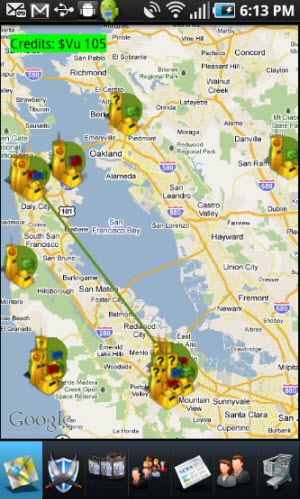 With VuHunt, users can duel with their friends to conquer territory in the real world, as they can with popular mobile check-in service Foursquare. But while users simply check in at a place in order to take it over in Foursquare, the process is more complex with VuHunt.

You can, for instance, take over your friend’s castle at a particular real-world location via long distance means. You can answer a trivia question correctly or solve a puzzle in order to dislodge someone. Or you may have to upload a picture of a physical location, such as a lake, or upload a few seconds of video of a car, in order to dislodge the person. The game capitalizes on location, artificial intelligence, and internet connectivity.

Your friends, meanwhile, can defend their castles by fulfilling their own challenges. If they do so, you may be forced to execute several challenges before you can take over the location.

Each action you take tells VuFind something about your behavior, and the company hopes to target ads from brands to you based on your interests. 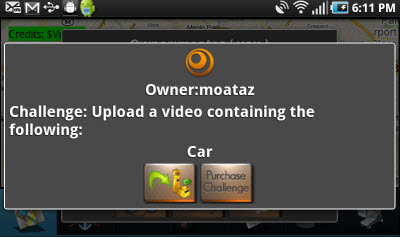 The photos you upload can be geotagged. You can go to someone’s castle simply to find out more about that location by viewing the pictures that have been uploaded there.

“We appeal to people who want to use and see photos,” Rashad said. “It’s like a next-generation Foursquare.”

The technology uploads a photo to VuFind’s servers, which use algorithms to decipher what the image is. Then it sends a response back in near real-time, depending on whether the image is accepted or not. If it doesn’t recognize the photo, it says so and the user has to try again. Over time, the recognition should get better and better.

The company is designing more levels where users will be able to purchase virtual currency and use them to buy items in the game. The game has a news feed where you can watch what your friends are uploading. Rashad believes that players can get into pitched battles for control of castles in certain locations. Some of the tougher challenges require users to be at the actual location and check in. A leaderboard will show which users are winning.

Over time, Rashad said he hopes that advertisers will be able to put their ads into the various castles and other locations. But the company is only beginning to engage with advertisers now.

Rashad started working on the technology in 2007. He started VuFind last year and raised $420,000 from angel investors. VuFind first started to create an augmented reality social network based on the ability to recognize places in photos. But that business wasn’t easy to monetize. So the company morphed its plan and entered the game space instead. It now has seven employees and a few more consultants.

Besides Foursquare, rivals include Pixlogic, Digitalsmiths, Scvngr, Gowalla and Booyah.