So you saw Bitmobs recent contest that asks you to join Raptr in order to participate. But shouldn't there be more to Raptr than simply joining for a contest? Even without this current contest in progress, there are tons of reasons to join, and stay, a member of Raptr. 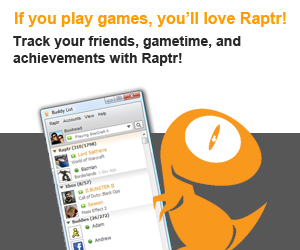 Raptr's biggest feature is tracking your gameplay. It tracks how long you've played a game, achievement's you've earned, and your grand total of gameplay time. What's the purpose of this? Well you could use it to look at your own profile and go "Holy canole I spent THAT much time playing?!?" or you could show your friends how awesome you are and all the achievements you've scored that day. Raptr's tracking is pretty much limitless. You can track Xbox, PS3, PC games, and for those systems that don't allow tracking you can manually add in your own game hours (such as Wii and handhelds). So get to linking your accounts and start tracking! 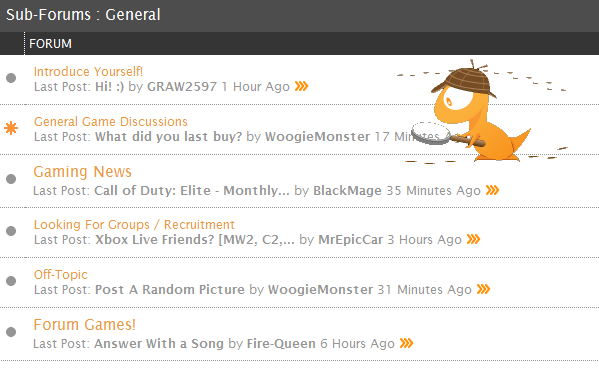 I find myself spending quite a bit of time on Raptr's forums. They have sections from Gaming News where you can read about the latest games coming out and gaming gossip, to General Game discussion where you can pretty much discuss anything gaming related, to a Looking For Group section where you can post to find people interested in the games you are and work together in games, to the Off Topic section which is well…very off topic from gaming. The forum community is generally very welcoming, and you can always find someone to either discuss your opinions together, or even have a few game discussion stand offs. Either way it's hard to not find something you'd be interested in discussing. 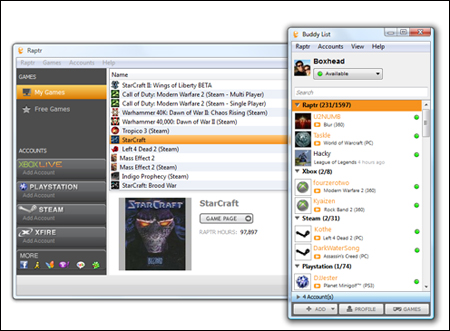 Raptr is more than just a website, it has a great client that goes along with it. With the Raptr client not only can you communicate with all your Raptr friends, but you can also synch up all your other chat platforms. MSN, Yahoo, AIM, they can all be connected. And you can also connect your gaming accounts such as Xbox. With your xbox account connected you can send xbox messages to your friends straight through the client. And of course using the Raptr client is how Raptr tracks your PC games. The client runs while you play, and tracks your hours and achievements. The client also has nifty in-game support so you can play full screen while browsing the web, talking to friends, and most recently it came out with a screenshot function.

This is Raptr's latest feature. They recently did a complete Raptr makeover, and the dashboard has a great new feature where now Raptr can be your one stop for all gaming news. News articles, videos, pictures, etc are posted by Raptr members, and all you have to do is either follow a person or a topic and all news for that topic will be displayed on your dashboard. Say you are really into Minecraft. All you have to do is search up Minecraft, click the "Follow" button, and now your news feed will include articles such as the latest Minecraft update, or fun youtube videos of minecraft creations. This works for any game and even any topic. It can go as broad as to follow "Survival Horror (genre)" etc. This latest feature is in Beta and they're continually working on implementing all the nifty features they have planned.

So really, I don't see a single reason up there not to join Raptr. Granted my opinion is biased because I am quite the Raptr fangirl and I've been a part of the Raptr Community for over a year, but obviously it must be good if I've stuck around that long! So head over to http://raptr.com/ and give it a try, there are even more features to take advantage of then what I described here!

(If you have any questions or need help with a Raptr feature, feel free to message me at http://raptr.com/Plumm)