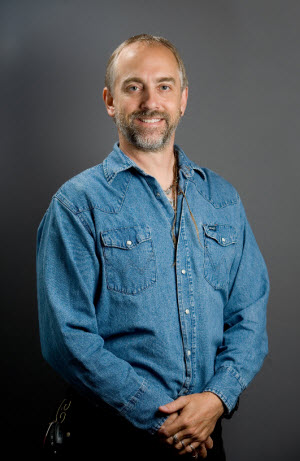 Portalarium, the social and mobile game company founded by game pioneer Richard Garriott, has raised a second round of funding. Altogether, the Austin, Texas-based startup has raised $3.6 million to date.

The financing includes money from m8 Capital in the United Kingdom and Founders Fund (the investment fund which includes PayPal co-founder Peter Thiel) in San Francisco.

Garriott has vowed to create the same kind of fun games on Facebook as he did at earlier stages in his career. Earlier this year, Garriott said in an interview that Portalarium is aimed at exploiting the business opportunities in the “third age of video games.”

For those of you who didn’t grow up playing games, it may help to know that Garriott was present for the first age of video games, with the debut of great single-player games such as  Ultima, which was followed by many sequels. In 1997, under his alter ego Lord British, Garriott extended his role-playing fantasy world to the online multiplayer game Ultima Online. Garriott considers the rise of Internet-connected games to be the second age of video games. Garriott tried to exploit that age with Tabula Rasa, one of the most ambitious sci-fi online games, but that title met with an untimely death after six years of effort.

The third age began with the explosive growth of simple, quickly played social games like Zynga’s FarmVille on Facebook. In an interview at the Dice Summit game conference in Las Vegas, Garriott said he knows he is late and the gold rush into social games has happened without him so far. Portalarium launched two simple casino games on Facebook so far in order to test the company’s theories about player engagement, or the trick of getting gamers to play games for a long time.

“We are delighted to join Richard Garriott and the Portalarium team in creating the next great gaming company,” said Joseph Kim, general partner at London-based m8 Capital. “Richard is one of the giants of the industry. He’s a proven entrepreneur and has been a driving force at each of the industry’s major turning points.”

Kim said he liked Garriott’s vision for the future of mobile and social games. Ditto for Brian Singerman of the Founders Fund.

In the past year, Portalarium has released two games — Port Casino Poker and Port Casino Blackjack —  on Facebook and the hi5 social network. According to AppData, those games have just a small number of users. But Portalarium says that those are evergreen products that were created to quickly build out the company’s backend server technology and start interconnecting a player network across platforms and social networks. Port Casino Poker recently launched Apple’s iPad and both iPhone and Android versions are coming later this year.

Fred Schmidt, chief executive of Portalarium, said that the connection with m8 Capital will help the company shape its European strategy while the Founders Fund (which backed Facebook) connection is helping the company connect to the social media scene in Silicon Valley. Portalarium was founded in 2009 and has 12 employees.