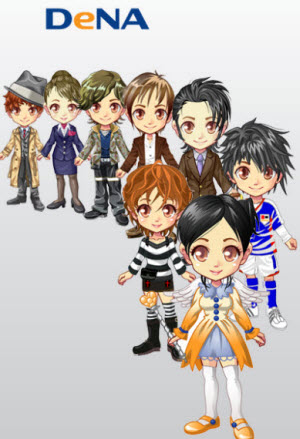 Ngmoco, the mobile gaming startup that was acquired by Japan’s DeNA last year, is preparing to launch its social network for mobile games in the global market.

DeNA already operates the Mobage mobile social network in Japan, where it has a booming billion-dollar business and tens of millions of users. Ngmoco has combined its ngCore technology for cross-platform publishing with Mobage to create a mobile social entertainment network for the whole world. As we’ve noted before, Ngmoco and DeNA have huge ambitions for Mobage.

Simon Jeffery, chief publishing officer at Ngmoco in San Francisco, said in an interview that the company is now inviting developers to sign up for its Sandbox development environment, which allows developers to test and develop their games so they can become available on the Mobage platform. There are already more than 100 games on the platform, and more are in the works, Jeffery said.

The big advantage of running a global network is that it can eliminate geographic borders and platform barriers as well, Jeffery said. For instance, by publishing a game on Mobage, developers will be able to reach players around the world. The game will also be able to run on a variety of mobile platforms and launch games around the world almost instantaneously.

That’s because then ngCore technology allows a game to be created in Javascript that can be converted into a native format for the device that it will be running on. That means the game can run fast and run on a bunch of smartphones and tablets. The system also uses Open GL graphics libraries if the game needs to run at a faster speed. The result is that a game created for Mobage can run just about anywhere, Jeffery said. In that respect, it resembles Sibblingz, which has also created a cross-platform game development platform.

Ngmoco will start announcing a number of major game announcements in the coming weeks. Developers can join the Mobage network with this link. The announcement of the Sandbox means that the launch of Mobage is right around the corner and that developers can now start lining up. The features of the social network include a shared currency, a virtual goods bank system, a payment system, advertising management and analytics tools.