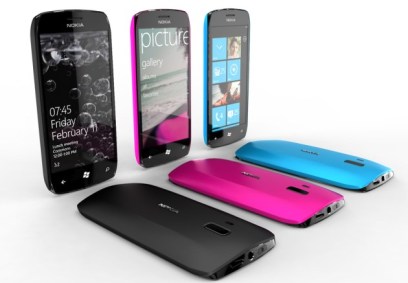 Nokia CEO Stephen Elop’s bold plan to transform the company from a bumbling has-been to the premiere Windows Phone partner has always seemed like something out a Hollywood thriller — at least, to a gadget geek like me. Businessweek’s latest cover story, which details Elop’s struggle to revamp Nokia, is perhaps the most dramatic telling of that story so far.

One tidbit that has never really been explained is how exactly Nokia realized that MeeGo, the open source next-generation platform it was developing together with Intel, was dead in the water.

Before the first interview, Elop drew out what he knew about the plans for MeeGo on a whiteboard, with a different color marker for the products being developed, their target date for introduction, and the current levels of bugs in each product. Soon the whiteboard was filled with color, and the news was not good: At its current pace, Nokia was on track to introduce only three MeeGo-driven models before 2014—far too slow to keep the company in the game. Elop tried to call Oistämö, but his phone battery was dead. “He must have been trying an Android phone that day,” says Elop.

Clearly, MeeGo was too little, too late for Nokia (although Intel is still pushing forward with it). The company announced that it was developing the OS in early 2010, but by that point the iPhone had already been on the market for several years, and Android was gearing up for a major boom in late 2010. Burrows continues:

When they finally spoke late on Jan. 4, “It was truly an oh-s–t moment—and really, really painful to realize where we were,” says Oistämö. Months later, Oistämö still struggles to hold back tears. “MeeGo had been the collective hope of the company,” he says, “and we’d come to the conclusion that the emperor had no clothes. It’s not a nice thing.”

Elop went on to elaborate a bit on his talks with Google about bringing Android to Nokia phones. He said that Google wasn’t willing to let Nokia customize Android to its liking (something that Microsoft eventually conceded as part of its Windows Phone deal). Speaking to Nokia employees, Elop said Google “acted like they’d already won. Apple and Android deserve some real competition.”

Now Nokia is set to release its first Windows Phone device later this year, with a dozen to follow in 2012.

“I’m as optimistic as ever, ” Elop told Businessweek about the company’s current trajectory. “I’ve got a working Windows Phone in my pocket now, and it’s been less than three months since we began working with Microsoft. We’re moving at a speed that’s faster than Nokia has ever moved before.”