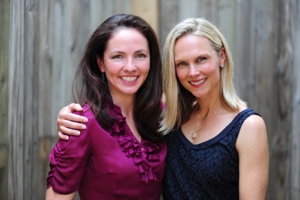 Juice in the City, a San Mateo, Calif., company that wants to be the Groupon for moms, has raised $6 million to ride the coattails of Groupon’s success.

The company circulated a press release last night, calling itself GroupMom, and saying it wants to empower moms to “battle groupon.” It makes sense for the company to use the publicity swirling around Groupon’s IPO filing yesterday. Just too bad it’s not actually called GroupMom, a catchy, albeit copycat name.

The company, founded last year, said it wants to hire more than 2,000 moms to recommend their favorite locally owned businesses in 100 markets across the country. This second round of funding was led by Tandem Entrepreneurs. There’s no telling how this company will do. Scores, if not hundreds, of Groupon clones, have emerged over the past two years, and many have raised money. Groupon itself has attracted $1.1 billion in backing, and LivingSocial has pulled in $632 million. But most of the clones we’ve seen have been weak, either focusing on specific geographical and language markets or choosing aggregation plays. But at least moms is an effective niche.

How it works:
A matchmaker between local businesses and moms, Juice’s mission is to ‘grow local’ by featuring daily deals at locally owned businesses. Juice in the City is supported by a large and rapidly-growing community of bloggers, mom groups, local vendors and local sales moms. Moms recommend their own favorite locally owned hidden gems to other moms based on personal experience.
Juice in the City customers get insanely great local deals thanks to these moms, who in turn earn a percentage of the deal’s revenue.