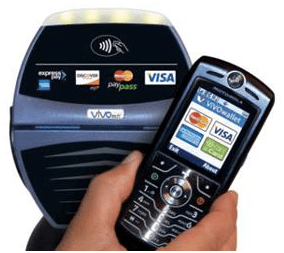 [This post by Rachel Youens of mobile app consultancy and developer Mutual Mobile, was originally published at mutualmobile.com and is republished here with permission.]

Once upon a time, a phone was just a phone. Then it became our camera, radio, and even TV. Recently, with the announcement of its Near Field Communication (NFC) mobile commerce program, Google made it our wallet. But that’s only the start of how NFC will affect our lives.

Google Wallet makes paying for everything from a T-shirt to a soda as easy as waving your phone. The initial list of partners including Macy’s, Subway, Citibank and Mastercard are a good indicator of just how excited mainstream businesses are about this technology and just how quickly it’s going to spread through consumers.

NFC is more than just an avenue for mobile payment. The secure technology spans industries from health to marketing, and the rise of the NFC enabled smartphone (predicted to make up 50% of the market by 2014) has the potential to have a disruptive effect on some of the most important trends and technologies of today.

One of the early promises of Location Based Social Networking (LBSN) apps such as Foursquare and Gowalla was a new form of loyalty program; one where instead of punching a hole or sliding a card, loyalty would be measured by mobile check-ins. But as long as the inaccuracy of GPS allows users to stand across the street or even a block away and check in at an establishment, businesses aren’t able to trust LBSN as a valid loyalty system. As a result, fewer than 4% of internet consumers have actually adopted LBSN services. 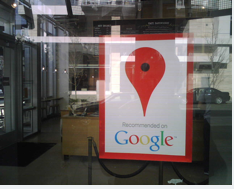 NFC effectively solves the validity issue by placing a hotspot inside businesses that consumers simply have to wave their phones near to check in. In the past year, Google Places began putting NFC-enabled markers on the doors of businesses in several cities — Mutual Mobile’s Austin office is among these establishments – and Google has also already stated that they will integrate a loyalty system into Google Wallet.

Just as social media has crept its way into every industry – from Yammer in the enterprise, to Schoology in education – gamification has the potential to do the same. Apps like Bobber and Miso have shown that badges and points work as motivators for finance and entertainment, and NFC is set to push gamification into the real world.

Although not known for its gaming and social abilities, Google has made a big investment in game mechanics via its involvement with SCVNGR. At this year’s South By Southwest Interactive Festival, SCVNGR founder Seth Priebatsch spoke about the game layer that they were applying to the real world. This would supposedly give the check-in and daily deal trends a second life by instilling a sense of interaction between person and location.

At around $2 a piece, NFC tags are a cheap and an affordable way for a company to start applying its own game layer. Clothing brand WeSC, for example, used an older form of NFC-style technology to turn the company’s shoes into keys to unlocking features in the world around wearers. Tags were embedded in shoes and by stepping on specific mats around cities, wearers could become Facebook friends, have their photo taken and sent to the brands Twitter, or unlock free deals at certain businesses.

Information In a Natural Way

To use a QR code or LBSN, users have to pull out their phones, open an app, snap a photo, or type in a location – these are unnatural behaviors and take a fair amount of time to complete. What NFC offers is convenience. With NFC, a poster on the street could offer a coupon and collecting it would be as easy as brushing your pocket against the display. The small, flat size of NFC tags makes them ideal to embed in almost any medium, and they can be waterproofed and ruggedized to withstand time and trials.

Health applications make up one of the fastest growing segments of the app market. People are hungry to take control of the documents and health management that have so long been kept behind lock and key by doctors. However, security in how this information is stored and exchanged has remained a primary concern on both the personal and medical industry level. 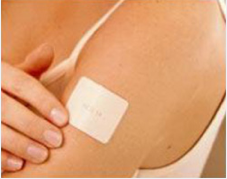 NFC allows information to be securely transferred to caregivers instantly – and it goes well beyond our phones. NFC can be put into medical devices such as blood sugar monitors or even skin patches, allowing doctors to offload the information when the patient comes in for a visit or for the patient to upload it via their phone. Google has long envisioned empowering people medically via Google Health, and wide distribution of NFC is one more step in that direction.

Today’s announcement hints at only a small part of the larger role NFC is set to play in our lives. As more NFC enabled phones hit the market and as more retailers acquire the technology to accept it, the adoption rate will undoubtedly skyrocket.

Just as the iPhone sent every company scrambling for a way to use apps, businesses today should be asking themselves: How can we use NFC?