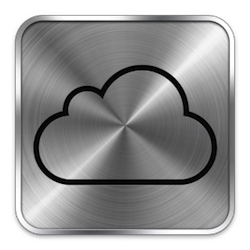 Apple finally threw its hat into the cloud computing ring in a serious way today with a new service called iCloud, which allows users to synchronize their applications and media across all their devices. It’s an ambitious vision, and one that’s about as different as possible from Google’s.

The search giant, of course, offers a range of online services, but its most cloud-centric product is Chrome OS, an operating system that basically consists of a Web browser and … well, that’s it. Anything a user wants to accomplish, they have to do through websites and web applications. (Google describes its Chromebook devices as “nothing but the web”.) With iCloud, on the other hand, users continue to download and install software — Apple’s infrastructure just ensures that they can access everything regardless of which device they’re using.

Here’s how John Gruber characterized the difference on his blog Daring Fireball:

In both cases, your data is in the cloud, and you can access it from anywhere with a network connection. But Google’s vision is about software you run in a web browser. Apple’s is about native apps you run on devices. Apple is as committed to native apps — on the desktop, tablet, and handheld — as it has ever been.

What does that difference mean for consumers? Well, I think Apple presents a friendlier vision of the cloud than Google. You don’t have to think of the cloud as a Web browser or, as Apple chief executive Steve Jobs put it during the keynote today, as a “hard drive in the sky”. If you watch Google’s video promoting Chrome OS, it’s certainly funny and clever, but it’s also working overtime to try to explain a concept that’s alien to most consumers. iCloud, on the other hand, should just work — you continue to use your favorite applications in the same way, and when you switch to a new device, all your applications, settings, and files will be there for you.

Jobs also said iCloud advances his vision of a file-storage system that’s designed around applications, rather than a complicated hierarchy of folders and files. Apple’s iPad and iPhone already offer examples of this — if you’re looking for a file, you don’t go hunting around the hard drive. Instead, if you want to access your photos, you open the Photos app. If you want to read your documents, you open the Pages app. (Contrast that with the cloud storage that Google offers through Google Docs, which is all about storing files regardless of application.) Right now, the apps that tap into the iCloud system were created by Apple, but Jobs said outside developers will be able connect their apps too, through a series of application programming interfaces (APIs).

The real question, of course, is whether this works as smoothly and intuitively as Apple claims. I was impressed by the on-stage demos today, but hey, Ping sounded good in theory, too.