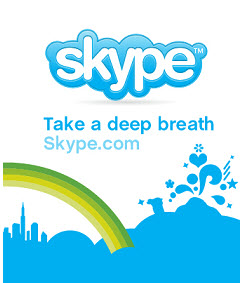 Early on Tuesday, popular internet chat service Skype experienced a significant outage, with a large number of users not being able to sign in or make calls with the service. Millions of users were affected by the outage, according to PCWorld.

On its latest blog update, Skype said today’s problems had stabilized and “recovery was ongoing.”

“Skype should return to normal soon,” wrote Skype blogger Peter Parkes. “If you were disconnected from Skype earlier, you shouldn’t need to manually sign back in to Skype — it should reconnect automatically when it’s able to do so. We apologise for the disruption to your conversations.”

Skype has more than 170 million users, so many customers were unaffected. VentureBeat staff in New York and Nashville had minor Skype calling problems earlier today, but the difficulties have subsided.

The issues come only weeks after a similar outage. On May 26, Skype released an update to its Windows version to fix what it labeled “a corruption.” The day after, the company updated its Mac software for the same problem.

On top of having two large outages in two weeks, a Russian hacker claimed last week to have reverse-engineered part of Skype’s protocol and posted his results on the Web. In response, Skype told InformationWeek: “We are taking all necessary steps to prevent/defeat nefarious attempts to subvert Skype’s experience. Skype takes its users’ safety and security seriously and we work tirelessly to ensure each individual has the best possible experience.”

These are not small problems, and they will soon be Microsoft’s to deal with. Microsoft acquired Skype back on May 10 for $8.5 billion in cash, which was Microsoft’s largest acquisition ever. The deal signified that Microsoft would make video chat a priority in its operations and will likely see Skype integrated into Xbox 360, Kinect, Windows Phone, and Outlook.

Microsoft is not yet involved with Skype’s operations, as the deal is subject to regulatory review. Both Microsoft and Skype expect clearance for the deal by the end of 2011.

When Microsoft gets its hands on Skype, it’s got work to do. Cleaning up the service to stop regular outages, preventing hackers from making Skype protocol open source, and expanding the scope of video chat in some of the most widely used programs in the world will all be important.

Personally, I hope Microsoft takes Skype seriously and expands the reach and accessibility of video chat. I want to see the technology-enhanced future that’s depicted in movies like Star Trek and Minority Report in my living room. But first, it will need to improve the service’s stability and make using Skype a fun rather than frustrating experience.