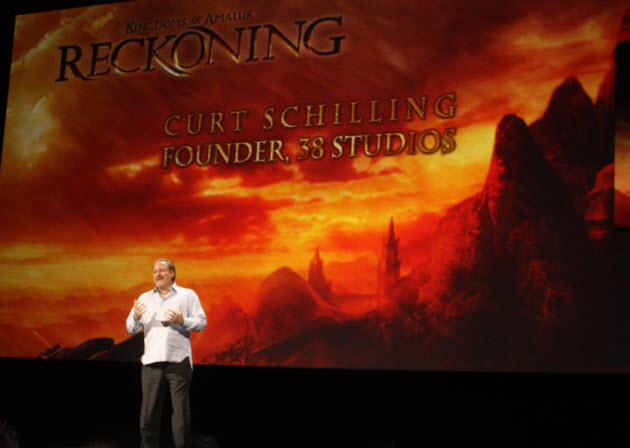 Curt Schilling, the former Boston Red Sox pitcher who won three World Series championships, is stoked about the 2012 launch of his first video game, a fantasy role-playing game called Kingdoms of Amalur: Reckoning. Built by Schilling’s 38 Studios, the video game will be published in 2012 by Electronic Arts.

Schilling isn’t just a retired athlete fishing around for something to do. He is a dedicated fantasy role-playing game fan who is betting big on video games. If this game is a success, it bodes well for 38 Studios’ more ambitious project, a massively multiplayer online game — or a persistent online world — that is set in the same fantasy universe as Reckoning. 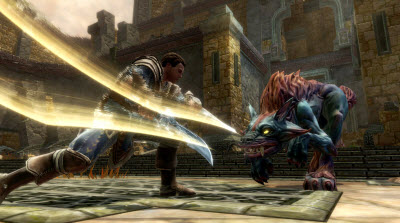 At the E3 trade show in Los Angeles this week, Schilling described Reckoning as a different kind of fantasy epic because of its focus on pulse-pounding combat. 38 Studios bought Big Huge Studios, the team that created the game, and refashioned its work in progress to become part of the Amalur series. The crack team includes fantasy writer R.A. Salvatore, Spawn artist Todd McFarlane, and game designer Ken Rolston (we interviewed Rolston a couple of weeks ago). 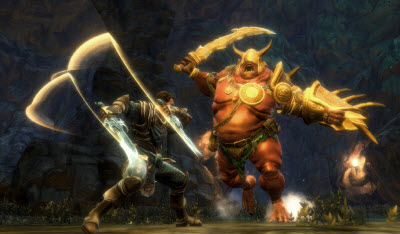 Schilling mentioned that the Well of Souls determines your destiny, but the player in Reckoning is the only person ever born who does not have a fate, as pre-determined by the Soul Weavers. This player, a reborn hero, seeks to find his killer and change the fate of the kingdom itself. The story takes place about 2,000 years into the 10,000-year history that was created by fantasy writer R.A. Salvatore for a series of video games.

Schilling also spilled some beans about the upcoming massively multiplayer online game, code-named Project Copernicus. At that point, many years later, the Well of Souls is a fully operational technology. If it all succeeds, then Schilling says there will be a chance to make more games based on other periods in the 10,000-year history. Check out our video interview with Schilling below.