The Canv.as website is an imageboard that lets people post photos or other pictures online anonymously or under a moniker they pick when they sign up. You have to connect with a Facebook account initially. The site is currently in beta testing, so you need an invitation to post — though anyone can view the threads. Any Canv.as users can then “remix” the image, using some rudimentary photo-editing tools that appear in Photoshop through the browser and make it easy to quickly modify an image.

For example, both images came from Canv.as and were made using the remix tool. Canv.asers made them in a few minutes and both images spawned huge threads with more than a hundred remixed images each.

Canv.as is a descendant of 4chan, a lightly-moderated imageboard that has been around for eight years and has become the font of many memes in the internet era. Canv.as has more moderation than 4chan does in order to attract advertisers. 4chan was originally a tough sell because it has often been used to post racist, illegal or just plain tasteless content. A lot of sites have tried to replicate the community energy that 4chan seems to have — Reddit included — but the 4chan magic just doesn’t seem to pop up anywhere else. 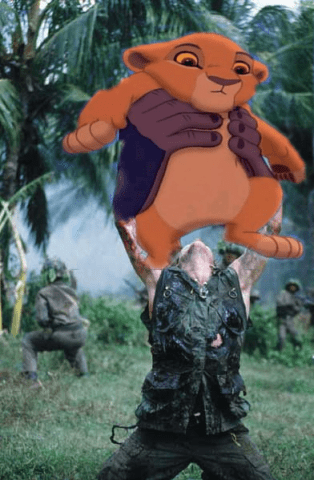 Poole said 4chan has reached 18 million monthly unique users, citing data from Google. According to internet traffic monitoring company Quantcast, 4chan has 4 million monthly visitors in the U.S. and 8 million globally. The number of users registered by Google shot up because of a change in a tag, Poole said.

4chan has basically no rules, and that has become part of its appeal. But it also has a number of barriers to entry, such as requiring a few technical skills like Photoshop mastery to fit into the somewhat haphazard community.

Canv.as is trying to remove that technical barrier to entry by making it simple to edit images. It doesn’t require users to purchase (or pirate) larger image-editing programs like Photoshop. And so far it seems like a pretty vibrant community, with hundreds of original images appearing on the site daily. I’ve been using the site for several months and it looks like it has done a good job replicating the same rogue-ish feel the 4chan website originally had, but with a more approachable vibe.

The site lets users moderate content by voting up original and popular submissions with “stickers” and quickly reporting offensive content — and down-vote unpopular content with stickers as well. Poole’s team regularly changes what kind of stickers are available depending on the pop culture flavor of the month. For example, when Internet celebrity Rebecca Black was popular, a custom sticker was made that poked fun at her song “Friday.” The site also encourages participation by handing out a limited number of “#1” stickers that they can award funny images.

The New York, N.Y., based company has five employees and has raised around $3.7 million to date.