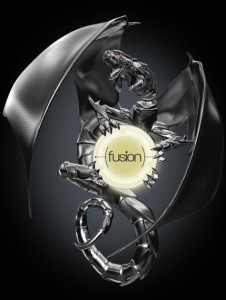 This set of chips is the second major launch of AMD’s accelerated processing units, or APUs, which combine graphics and a computer processor on a single chip. These chips go head-head-to-head with Intel’s popular Sandy Bridge combo chips, but they have much more graphics computing power than the Intel devices that launched earlier this year. If they catch hold, AMD could capture more of the multibillion-dollar market for mainstream laptop chips. AMD has 145 design wins for the chips, said John Taylor, director of client product and software marketing at Sunnyvale, Calif.-based AMD.

AMD launched its 9-watt and 18-watt C series and E series combo chips for the smallest and lightest laptops and netbooks in January. Those earlier chips ran on low power, preserving battery life, but they were relatively weak on computing power. The new A-series chips coming out today can be used in larger mainstream laptops, all-in-one desktops, standard desktops and embedded devices. The chips are about three times bigger than the earlier AMD combo chips — with more than a billion transistors, or basic computing components, per chip — and they run on 35 to 45 watts of power.

The Llano-based chips can deliver much better graphics performance than Intel’s Sandy Bridge chips can, AMD says. Roger Kay, an analyst at Endpoint Technologies, verifies those claims. The Intel chips have a relatively small graphics component, accounting for maybe 20 percent of the chip with only about 12 graphics computing engines. By contrast, the Llano chips consist of more than 50 percent graphics and they have hundreds of graphics engines. The AMD chips can run DirectX 11 graphics, making them compatible with Microsoft’s highest level graphics standard. But the Intel chips can only handle DirectX 10.1.

A number of computer makers are shipping laptops today with the AMD chips, which will be on display at AMD’s first-ever Fusion Developers’ Summit in Seattle. HP said it was launching 11 new Llano-based laptops at prices starting at $399. That’s a pretty broad level of support from the world’s biggest computer maker. Toshiba also said that it is launching its Satellite P700 series, Satellite L700 series and Satellite C600 series laptops with AMD Llano-based chips.

Last week, AMD said that it won the deal to supply Radeon graphics chips to Nintendo for its new Wii U console coming next year.