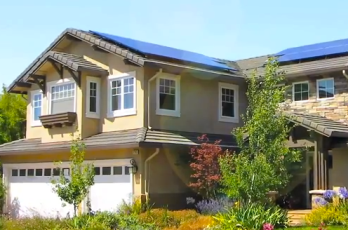 Search giant Google is investing $280 million in SolarCity, a company that leases out solar panels to home owners, bringing its total investment in the clean technology sector up to $680 million.

The investment creates a new fund for residential solar power projects that should include Google Employees as part of SolarCity’s new customers. The new fund will give SolarCity the capital it needs to create more reasonable financing options for home owners interested in planting solar panels on their roofs and don’t necessarily have the cash to buy panels outright. The leases for the residential solar panels can last upwards of 15 years.

Google said the investment was a move to increase the amount of “distributed solar power.” That means the power from solar panels is generated on the roofs of homes and is used by those homes instead of having to travel through a power grid. That can help reduce some of the strain on power grids during peak usage hours when homes are drawing more electricity for air conditioning or, in the future, electric car charging.

A study done by the University of California at Berkeley found that home values increase when solar panels are installed. The study found that homes with solar panels sold for an extra $5.50 per watt of solar power installed, for an average of $17,000 more per house. That goes against a lot of not-in-my-backyard arguments that have been plaguing clean energy providers because some home owners see solar panels and wind turbines as an eyesore.

Google employees will once again pick up a perk with discounts through SolarCity. Google is notorious for offering its employees a host of perks. The company recently began offering free electric car charging for its employees, and Googlers get free transportation between the Googleplex and other areas in the San Francisco Bay Area. The company also gives its employees free food at the cafeteria. And there are reports of times when company officials are basically handing out wads of cash to their employees.