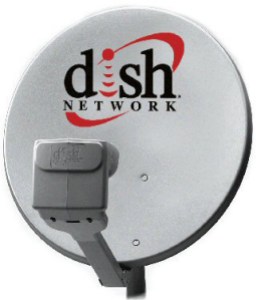 TerreStar Networks on Wednesday revealed that Dish Network had placed an opening bid of $1.38 billion for the ailing telecommunications company’s assets through a bankruptcy auction, according to Reuters. TerreStar has operated under bankruptcy protection since Oct. 19.

Dish Networks likely wants TerreStar’s assests so it can acquire the company’s sought-after wireless spectrum, which could be used to build a wireless broadband network. The frequencies that Dish and TerreStar own are similar to what Sprint offers with its 3G phone and data service, according to TMC Net.

Dish will allow TerreStar to take more bids until June 27, and a court-supervised auction will take place June 30. Any bid over Dish’s initial offer will have to top Dish’s by $55.5 million. If Dish does not win the auction, it will receive a breakup fee of $27.5 million.

Dish has made quite a few acquisitions in the last few months. In February, it purchased Hughes Communications, a satellite ISP, for $2.1 billion. In March, it bought DBSD North America’s assets, which are quite similar to TerreStar’s holdings, for $1 billion. And in April, Dish acquired distressed movie rental chain Blockbuster for $228 million.

It’s unclear what exactly Dish wants with TerreStar’s assets, but my shot-in-the-dark guess would be offering its own branded version of wireless Internet access over 3G to its customers in a bundle-type package. Dish currently offers Internet, phone, and TV bundle packages but uses outside providers like Verizon and AT&T for Internet and phone access. It also offers high-speed Internet via satellite through WildBlue.

Are you a Dish customer? What do you make of its recent moves?