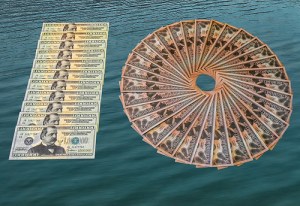 Build-your-own social networking startup Ning says it has finally found a business model that works by requiring all of its customers to pay for the service. Now it’s expanding that initiative, by allowing those social networks to charge their members too.

Chief executive Jason Rosenthal said that with Ning’s new Paid Access option, the owners of Ning social networks will be able to monetize, whether it’s by charging for premium features, subscriptions, or specific content. The goal is to allow companies to choose the method they want and to experiment, though Ning says it will work closely with early participants in the program (which is launching in beta testing today) to make sure that their plans are paying off.

In exchange, Ning will charge $19.95 per month, plus a small transaction fee that Rosenthal said is comparable to PayPal’s. Among the company’s 95,000 paying customers, Rosenthal said there are a couple of big segments where the Paid Access option should be a particularly good fit, including musicians who want to connect with their fans and coaching/self-help communities.

Ning has raised more than $100 million.