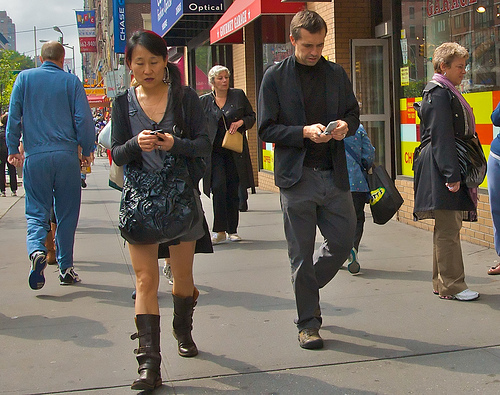 Mobile commerce in the United States will reach $31 billion by 2016, Forrester Research estimates in its latest report. But while that represents significant growth for mobile commerce, it will still remain just a tiny portion of overall ecommerce sales in 2016 and an even smaller portion of total retail sales.

Forrester says that only 2 percent of web sales (itself a tiny sliver of total retail sales) will take place on mobile devices this year, and that number will climb to just 7 percent by 2016. So, yes, mobile commerce will technically grow by 40 percent over the next five years, but it’s still far from being a leading sales driver.

What’s holding mobile commerce back? Forrester says that it doesn’t count tablet-based commerce in its mobile commerce figures, and it notes that this may be the “single biggest inhibitor” to mobile commerce growth. A future report from the company will show that most tablet owners also own smartphones, and not surprisingly, they gravitate towards their larger screened devices to shop. Forrester also notes that shopping on the Web generally ranks below activities like reading the news, and we can expect it to be even less prevalent on mobile devices.

When consumers do use their phones to shop, it’s more often to look up information for products in retail stores, or to research a purchase that will eventually be made on a computer.

While there’s plenty keeping mobile commerce down, Forrester expects it to have a big impact on retail over the next few years. “Mobile commerce will transform retail, both because the transparency of pricing will force big box stores to be much better merchants or die, and because store associates armed with mobile devices can now do everything from save lost sales, to carry a POS device in their hand,” writes Forrester analyst Sucharita Mulpuru. The best retailers, she adds, will have shoppers using their own devices to better their in-store experience.