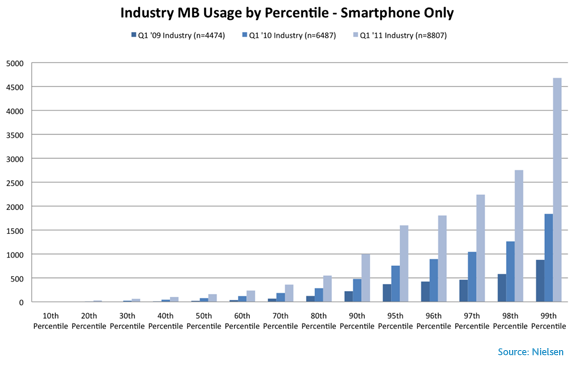 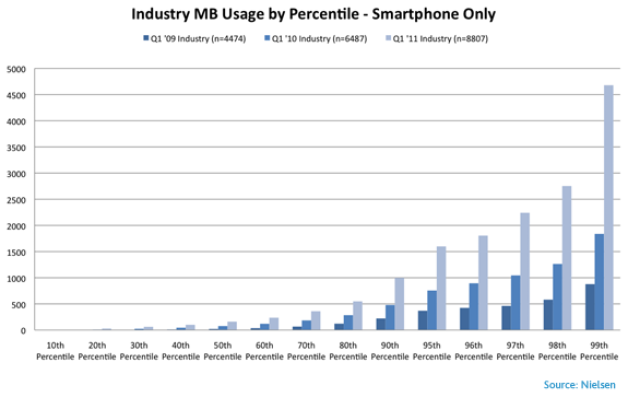 Mobile data usage in the U.S. has jumped by 89 percent over the last year, according to research group Nielsen.

But consumers are also paying about the same as they did a year ago for mobile data service, Nielsen points out, which means that the average cost per megabyte of data has dropped by around half from 14 cents per megabyte to just 8 cents.

The figures aren’t exactly surprising, but it’s certainly interesting to consider just how far we’ve come in mobile data over the past year. Smartphone owners account for 37 percent of all mobile subscribers in the U.S., a number that could surpass 50 percent by next year. And you can bet that current smartphone owners will continue to consume more data, especially with the rise of 4G networks this year.

Nielsen’s monthly analysis of 65,000 mobile lines shows that smartphone usage has grown from an average of 230 megabytes last year to 435 MB this past quarter. Heavy smartphone users, naturally, are driving the growth. Data usage for the top 10 percent of smartphone owners jumped by 109 percent, while the top 1 percent rose a massive 144 percent (from 1.8GB last year to 4.6GB). 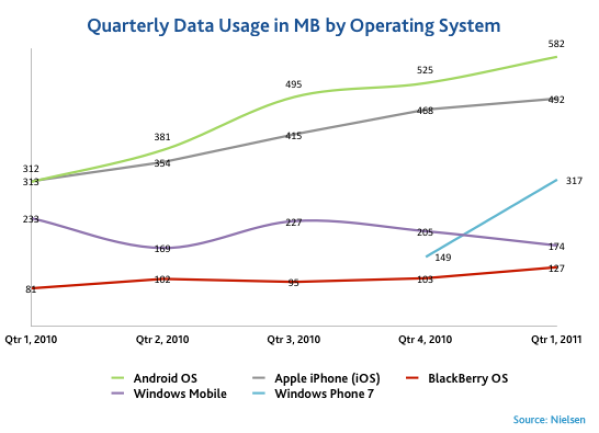