After almost a year since the 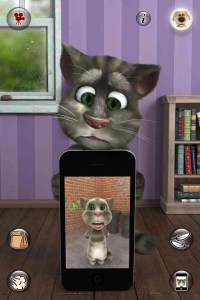 birth of Talking Tom in July 2010, the Outfit7 Talking Friends are ready to graduate from their smart phones and head for bigger screens. The company has signed with Ari Emanuel, co-chief executive of talent agency William Morris Entertainment. WME will help the brand extend into books, movies and television.

Apps aren’t just for iOS and Android anymore. They are becoming increasingly influential in youth entertainment and developers are starting to see the value in expanding from their dev roots.

Outfit7 isn’t the only company with expansion intentions; Rovio also has its eyes on new branding opportunities. Peter Vesterbacka announced an Angry Birds cookbook at Open Mobile Summit this month. The company has also teamed up with Roku to bring Angry Birds to television this summer.

There is a lot to play with here. The brand has 11 interactive characters that users can tickle, poke, feed 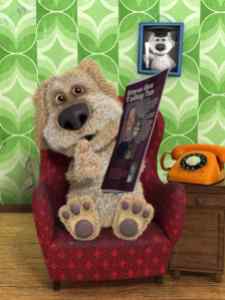 and make belch or fart, in addition to using the popular voice-control feature. They have defined personalities, which Paul Baldwin, chief marketing officer at Outfit7, says will play into future books, TV and films.

To Baldwin, Tom and Ben are the app equivalent of Pixar’s Buzz and Woody – roommates who keep each other in check. Outfit7 will be featuring some of their “stars” more prominently in their initiatives with WME, but hopes to include all of the Talking Friends in the same way Toy Story has Rex and Mr. Potato Head.

Outfit7 hopes to release a book initially, to set the stage for its characters. Some books will be targeted at 2 to 4 year olds and others at 4 to 12 year olds. TV and movies will take on Pixar’s “for all ages” model.

Outfit7’s characters reached 100 million downloads this past April and have bumped up to around 135 million downloads today. Their most recent release, Talking Tom 2 grabbed the number one spot in the App Store in less than two days; much faster than the 13 days it took the original Tom.

Outfit7 CEO, Andrej Nabergoj is a speaker at GamesBeat 2011.