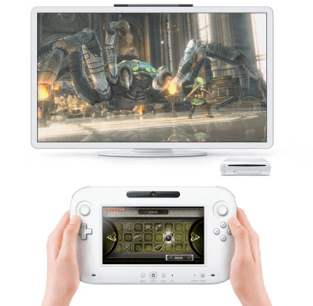 How much will the Wii U cost? A hint might be found on EB Games Australia, which is pricing Nintendo’s next home console at $598 Australian dollars, or roughly $634 in US dollars.

Nintendo’s Shigeru Miyamoto said Tuesday that the Wii U would not feature graphics significantly more powerful than current console generations. That’s because the Wii U was intended to strike a balance somewhere between bringing in high-definition graphics and remaining cheap and accessible for gamers, he said.

A formal price for the console has not yet been set. But the Australian price tag, which is also very early, dwarfs those of the most expensive models for the Xbox 360 and PlayStation 3. The PlayStation 3 console initially cost $600 for the top-end model with a 60-gigabyte hard drive. That price tag, seen by many consumers as expensive, was one of the reasons the Wii and Xbox 360 were successful initially.

The Wii U will come out sometime next year, Nintendo CEO Satoru Iwata said. The company unveiled the console at the Electronic Entertainment Expo earlier this month. Nintendo wants to include “something for everyone” in the new console, Iwata said. Some hardcore gamers criticized the original Wii for lacking enough content.

Still, the first Wii was a huge success for Nintendo and started the motion gaming craze, leading Sony and Microsoft to also release motion controllers for their home gaming consoles. The Wii sold more than 86 million units and was a smash hit with casual gamers. It has one of the widest install bases in the world and for a long time was the console to beat after it was released, with retail outlets selling the consoles literally minutes after they hit the shelves.

The Wii is credited with bringing home console gaming to more mainstream audiences, particularly casual gamers who wouldn’t typically go for a home gaming console like the Xbox 360 or the PlayStation 3. It included games like Wii Sports and Wii Fit, which were non-traditional titles that sold incredibly well thanks to the immersion of motion controllers and the Wii Balance Board.

The device features a controller with a touch screen, camera and microphone. It looks like the bottom half of the Nintendo 3DS and Sony’s PlayStation Portable, with a screen in the center that changes with the game. The controller can display and run games when they aren’t available on the TV. The controller has a 6.2 inch screen and the console is backwards compatible with all Wii devices and Wii games. But the device is not designed to be a portable device, Iwata said.