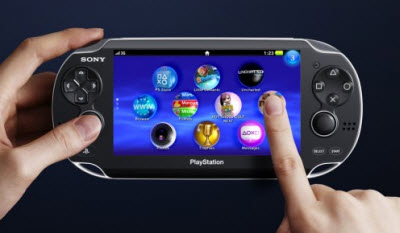 Uh-oh. First Sony said that its next handheld game console, the PlayStation Vita, would be available for the 2011 holiday season. Now, judging from a report on Destructoid, the console may ship in the first week of January through Amazon.com.

The holiday shopping season, of course, is critical for consoles and video games, which can make good presents because they are relatively inexpensive and aren’t typically impulse buys. The Vita will cost $250 for a Wi-Fi only version and $300 for a 3G-enabled version, available through AT&T.

That’s still a slim price, considering the device is about as powerful as a PlayStation 3. It will also have games like Uncharted and LittleBigPlanet from critically-acclaimed franchises that haven’t come to handheld devices yet because the they simply weren’t powerful enough. So Sony might expect the console to sell well outside of the holiday season because of the modest price.

The Vita features two analog sticks, a 5-inch OLED touchpad screen, a touchpad on the device, six-axis motion sensing technology and a front- and rear-facing camera.  It will also let gamers chat through a headset or a built-in microphone using a private social network called Party. The Vita will also have a new hand-held Bioshock game that still does not have a title.

The Vita is packed with a much more powerful processor than the Nintendo 3DS. Sony has banked on delivering a more powerful handheld that can handle cinematic-intensive games like Uncharted. That strategy didn’t prove successful with the original PlayStation Portable, which was soundly beaten by the Nintendo DS.