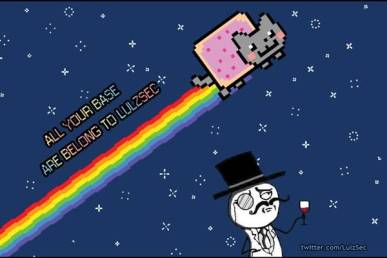 In what may be its biggest hack ever, the hacker collective LulzSec has released hundreds of private documents from Arizona law enforcement as payback for the state’s controversial immigration law.

The hack, known as “Operation Chinga La Migra” (or “fuck the border patrol”), has been confirmed by Arizona police. LulzSec says that the files contain “private intelligence bulletins, training manuals, personal email correspondence, names, phone numbers, addresses and passwords.” The files are readily available on BitTorrent sites (but no, we won’t be linking to them here).

In an interesting change of pace, LulzSec specifically called out Arizona’s SB1070 law — the country’s strictest anti-illegal immigration measure, which requires aliens to have registration documents at all times — as a reason for the hack. It’s clearly more politically motivated than previous LulzSec hacks, which included taking down the U.S. Senate and the CIA’s websites,  and attacking online games like Minecraft and EVE Online. The attack also marks the first time LulzSec has leaked government data, and it represents the group’s first big hack in the name of Operation Anti-Security, a hacking campaign against all government agencies.

LulzSec says it plans to release more classified documents every week, along with “embarrassing personal details of military and law enforcement in an effort not just to reveal their racist and corrupt nature but to purposefully sabotage their efforts to terrorize communities fighting an unjust ‘war on drugs’.”