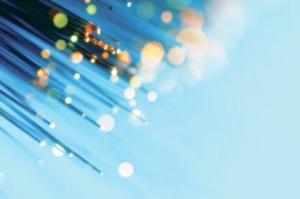 The Dutch Parliament on Wednesday passed a law that prohibits Internet service providers from slowing down any kind of Internet traffic unless it’s to ease congestion, preserve security, or block spam.

The practice of treating all Internet traffic equally—whether it’s text, e-mail, audio, or video—is commonly referred to as net neutrality. This move makes the Netherlands the second country in the world to put net neutrality into law, after Chile.

The concept of net neutrality is contested by ISPs, which want the ability to slow down the traffic of customers using a larger-than-average amount of their bandwidth. Online gamers, illegal downloaders, and those who stream movies and music are likely the biggest winners under the new law.

The law also bans Web advertisers from leaving cookies in a user’s browser without first getting his or her consent. It will have a strong impact on mobile data usage as carriers will no longer be able to charge customers extra to use Skype or other VoIP apps to make phone calls. T-Mobile, which had blocked all VoIP apps, will now have to allow them on its network.

Some net-neutrality-informed rules have been issued in the U.S., but they have not been made into law. In December, the Federal Communications Commission outlined basic rules that banned ISPs from blocking specific kinds of content and websites, but did allow them to throttle web connections if they believed a customer was using too much bandwidth. Wireless companies like Verizon and AT&T, on the other hand, are exempt from these rules.