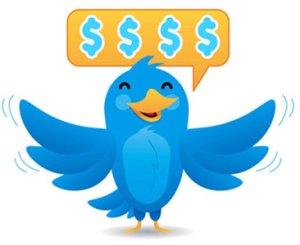 Ready for more ads in your Twitter feed? To boost revenue, Twitter is planning to get more aggressive about ads on its site, making promoted tweets more prominent in the main stream of updates, reports the Financial Times.

Unlike regular tweets, seeing Promoted Tweets in the main update stream won’t depend on when the short message is sent. If a user is following a particular brand, its tweets could appear sooner in the timeline of updates, according to sources in the report. For example, an hour-old promoted tweet will show up next to the most recent tweets in the main stream.

Previous attempts at changing the way information appeared in the main stream on Twitter’s iPhone app met with a backlash from users. The app featured a bar at the top of the screen, called the QuickBar, that showed trending topics. Twitter later removed the QuickBar after  deeming it too intrusive to the user experience.

The new changes associated with Promoted Tweets entering the main update stream seem far less intrusive than the QuickBar. But it could still create backlash from users who have gotten used to an ad-free experience.

The new emphasis on Promoted Tweets is part of Twitter’s effort to create more ways of generating revenue from the service, which has more than 300 million registered users.