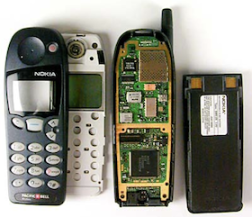 Recycling rates for rare earth metals being used in electric and hybrid vehicles are miserably low, according to a new report out of the U.N.’s envrionmental branch (PDF). Apparently, less than 1 percent of these materials are being recycled and reused, which is utterly unsustainable. This could spell doom for the green technology sector if major changes aren’t made in the next several years.

But alternative energy cars aren’t the only culprits in the rare earth metal recycling game. Cell phones are also a prime suspect, containing several extremely rare elements that are not as commonly recycled as they need to be.

According to the U.S. Geological Survey, close to 200 million cell phones are retired every year, collectively containing upwards of 2,000 metric tons of copper, 50 metric tons of silver, 4 metric tons of gold and 2 metric tons of palladium. These are all materials that could be recycled and reused in future cell phones. The situation is only becoming more dire as consumers switch to smartphones, which rely even more heavily on rare metals.

Recycling isn’t an issue solely because it would reduce material costs. It’s also pressing because of the mounting e-waste crisis — the fact that landfills around the world are now home to tons upon tons of discarded and non-biodegradable cell phones, computers, printers and more. On top of that, many tech products contain materials like neodymium, europium, cerium and terbium, which are toxic. Neodymium is particularly hazardous if it seeps into groundwater, since it can cause serious health problems.

Recycling is the logical solution to all of these concerns. It’s far cheaper to extract elements that can be reused from existing products than to continue mining them from the earth. A compulsory electronics recycling program would greatly reduce the amount of dangerous e-waste at home and abroad. And, it would diffuse international tensions over rare earth metal supplies.

Efforts to recycle more electronics, particularly computers and cell phones, are underway. The majority of electronics retailers now allow customers to turn in retired products so that they can make sure they are disposed of efficiently and responsibly. Even hardware makers like Apple allow customers to ship their used products back for proper recycling. These strategies attempt to make recycling the easy, natural choice. But they don’t go far enough yet.

Because they are opening up an entirely new industry, electric car companies have had to establish responsible recycling plans from the start. For example, Tesla Motors, maker of the electric Roadster, is emphatic about its closed-loop recycling program and its mechanism for recycling and reusing the lithium and other materials that go into its batteries and motors. It will be hard for an EV maker — even the bigger brands that are now turning to EVs — to get off the ground without talking about the importance of recycling.

But the cell phone industry faces a tougher battle. It has been around for so many years without raising recycling as a major concern. Also, it’s much easier for someone to toss a phone in the trash than a car. That said, phone makers would be well-advised to follow in EV companies’ footsteps, by stressing not only the ease of recycling their products, but also how and why it’s so important from a global health perspective.