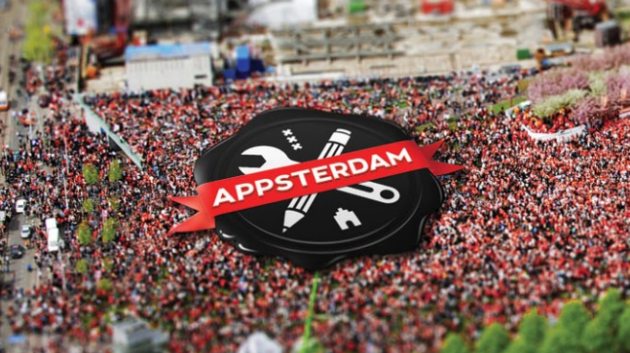 Looking for an alternative to Silicon Valley? Developers in Amsterdam are set to launch an ambitious initiative this weekend that aims to transform the city into a new app developer hub. They’re calling it Appsterdam.

Why Amsterdam? According to Mike Lee, a Netherlands-based product engineer, the goal is to build close-knit community — similar to that of a developer conference like Apple’s WWDC — in a location that’s far less expensive, and easier to immigrate to, than Silicon Valley.

“What sets us apart is cooperation, instead of competition,” Lee wrote in an April blog post describing the idea of Appsterdam. “Two developers might be working on the same problem, but it’s not the same app, or they’d merge. They each have their own vision, and punters will be attracted to one or the other based on the strength of that vision. If one developer happens to have better table view performance, they will share that code with their colleague, because table view performance is not our business.”

Appsterdam was initially conceived as a joint effort by the Amsterdam-based software company Sofa (which Facebook just snapped up); the University of Amsterdam, which is looking to build a developer-led software-engineering program similar to Stanford’s; and the city’s government, which not surprisingly embraces the idea of Amsterdam becoming a new technology hub.

Now that Sofa has been acquired by Facebook, the company’s team (ironically enough) will be moving to Palo Alto. But Lee said he doesn’t expect that to affect on Appsterdam’s future: “Acquisitions take time; the likelihood of Sofa’s non-existence has been part of Appsterdam longer than the promise of Sofa’s involvement. We, the developer community of Appsterdam, have been running things without Sofa for months.”

Appsterdam’s launch weekend runs from today until Sunday, with its main launch party happening Saturday night. VentureBeat’s Ciara Byrne will be scoping out the festivities and will have an in-depth report on the launch next week.