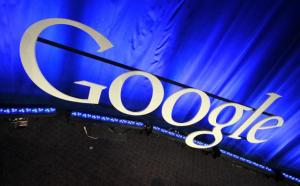 Google on Friday announced that it’s pulling the plug on Google Health and Google PowerMeter, two products in its lineup that haven’t been as popular as services such as Gmail, Chrome, or Maps.

The Federal Trade Commission is about to start a large-scale antitrust investigation to examine “fundamental issues relating to Google’s core search advertising business.” The investigation could involve examining the scope of Google’s wide array of products and their relation to its incredible advertising capabilities. Retiring lesser known products like Health and PowerMeter could help Google make the case that it doesn’t intend to provide every possible Web service. It could also simply help Google save a little money.

Google Health was launched in May 2008 and its purpose was to track and aggregate health and wellness statistics. PowerMeter was launched in September 2009 as an energy monitoring tool to help people measure their home-based energy consumption.

“Both [products] are based on the idea that with more and better information, people can make smarter choices, whether in regard to managing personal health and wellness, or saving and conserving energy at home,” Google product manager Aaron Brown wrote in a company blog post. “While they didn’t scale as we had hoped, we believe they did highlight the importance of access to information in areas where it’s traditionally been difficult.”

As of today, Google is set to retire PowerMeter on Sept. 16 and Health on Jan 1. However, users of the Google Health service will still have access to records and other personal data for download until Jan. 1, 2013.

While it’s unfortunate to see innovative products discontinued, there’s no incentive to keep them going if no one’s using them. Of course, Google could be lowering the number of its product offerings in the wake of a major antitrust suit, but we’ll likely never know the internal rationale behind the decision.