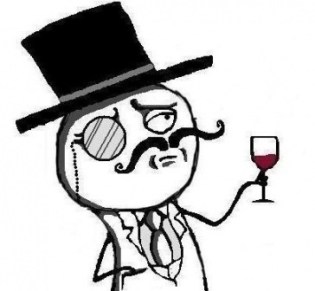 Just as suddenly as the hacker collective LulzSec appeared, dominating headlines with its attacks, the group has bid the world farewell.

In a message released tonight, LulzSec says it has completed its 50-day goal of reviving the AntiSec (anti-security) hacker movement, which aimed to disrupt government and corporations by breaking their network security. The group of six says it’s disbanding but hopes that others take up arms for an AntiSec revolution.

“The support we’ve gathered for it in such a short space of time is truly overwhelming, and not to mention humbling,” the group wrote. “Please don’t stop. Together, united, we can stomp down our common oppressors and imbue ourselves with the power and freedom we deserve.”

The news comes after LulzSec’s most ambitious hack yet: the release of confidential information from Arizona police computers, which served as retaliation for the state’s strict immigration laws. Over the past 50 days, the group has also attacked the U.S. Senate and CIA’s websites, Brazilian government websites, and online games like Minecraft and EVE Online.

It seems curious that LulzSec would call it quits now, but it’s probably a good idea for the group’s members to lay low for a while. The Arizona police hack was the group’s most politically motivated attack, and the first time it released government data. Causing a minor denial of service attack on the CIA’s website is one thing, but you can bet that the U.S. government is out for blood now that official documents are in the wild.

LulzSec’s announcement tonight was also accompanied by a new cache of data, including internal AT&T data and information on 750,000 user accounts, ZDNet reports. This most recent cache seems somewhat boring compared to the group’s past releases, which probably explains why it’s generally being ignored over the news that LulzSec is disbanding.