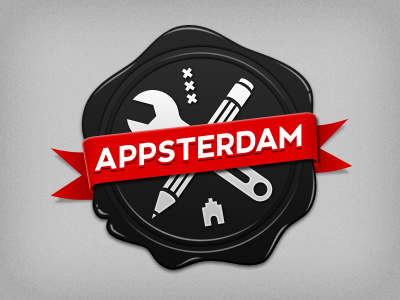 It’s hard to get the famously phlegmatic Dutch excited but Mike Lee had a room full of them (and other nationalities) clapping and whooping Saturday in the style of an old-school preacher. Why? Appsterdam, Lee’s attempt to create a new home for app makers in city of Amsterdam.

When it comes to apps, Lee has form. He was a co-founder of Tapulous, creators of one of first successful iPhone games Tap Tap Revenge, although he parted company with his co-founders before they sold to Disney. After a stint at Apple and the Tapulous exit, Lee decided to spend a year travelling.

“I became disillusioned with the way the United States was going in general. I myself had no health insurance and no way of getting health insurance as a self-employed person.” he explained. “So I decided to spend a year travelling around the world and talking to developers and looking for a place to live. I went everywhere. Big cities like Chicago, Boston and Philadelphia but also Argentina, Taiwan, Cambodia. The conclusion I came to was that Amsterdam was the most livable city in the world. Even the stray animals look fat and happy here.”

As Lee traveled he discovered something else. Developers (Appsterdam isn’t just about mobile apps but all kinds of software) were looking for a home, somewhere whose values are in line with their own. “As I was talking to developers this narrative evolved. ” he says. “I wasn’t looking for it but I found it. Americans were telling me that they too were thinking about leaving the country, some for a little while, some forever. Europeans and developers from the rest of the world were telling me that they weren’t where the action was, which they felt was Silicon Valley. But they couldn’t get there because of the emigration policies of the U.S. basically mean that the valley is closed. Every now and again you would hear about some lucky guy going there in the same way that you hear about some lucky guy closing a $200 million funding round but for the everyday person it was an unobtainable dream. So I realised that the whole world of app makers was looking for a place to settle down. I thought if we are all going to move someplace we should pick the same place. And if we are all going to move to the same place, why not the most livable city in the world?” 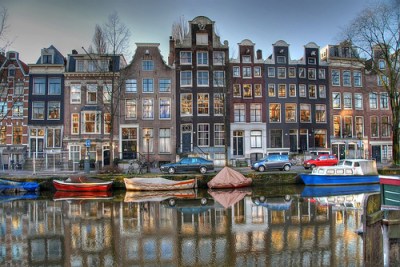 Lee sees developers as artisans and craftsmen. If the Valley is to software what the major labels are to music, then maybe Amsterdam can be the best indie label. “The community we are trying to build here is very much based on the iOS community and before that the Mac community. It’s very special. We are competing on the strength of our vision and that speaks to an artisanal economy. If you are a guy working at a company with 1000 co-workers, what is the vision there?” says Lee.

Appsterdam certainly has a personal and homespun feel to it. The launch weekend included tours around various areas of Amsterdam led by local volunteers. There will be Appsterdam family meetups, since as Lee says, “There are too many projects where people go out to change the world and come back to a divorce”, and makers’ community outreach so the city can benefit from the technology created in its backyard. Appsterdam will have official hangouts where people can go and work, the first of which is NDSM wharf, a cultural space in Amsterdam’s up and coming Noord (North) area, complete with its own artificial beach. In many ways, Appsterdam reminds me of Etsy in its philosophy.

I asked Lee why developers need an alternative to Silicon Valley. “The Valley is the right place for a very specific type of developer.” he told me. “There’s a Valley type. If you think that success equals the valuation of your company and that having a fast car and an attractive partner is the mark of genius and if you think that the goal of all of this is bigger numbers and a successful exit, the Valley is great for you. But if you’re looking to do honest work, if you are looking to build a business you can put yourself into and make maybe a million a year? To many of us a million dollars a year working for yourself is the dream. But I have been in the Valley in conversations where people have laughed at those people and said that if you are satisfied with a million a year, you’re a fool.” 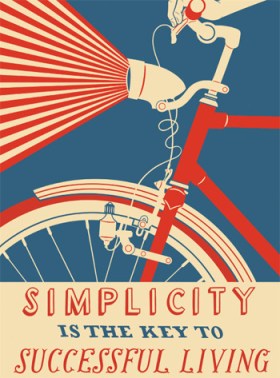 So why Amsterdam? “The values of this place are very similar to the values of myself and my colleagues. ” said Lee. “We value liberty but we also want a place that’s safe, a place where I can actually get healthcare. There’s a lot more happening in Amsterdam than people think. When I first got here I was under the impression that there was no developer culture at all because that’s what everybody told me. Every day I would go to a different developer meetup, and listen to a different room of developers tell me that there were no developers here. So really what we have here is a problem of communication. But also Amsterdam is easy to get to from anywhere in Europe and then you are talking a ton of developers.”

Appsterdam is not just about the developers, although Lee sees them as key. “Understand that you cannot create this on your own. It takes other people with other sets of skills to create an app. Amsterdam has designers in spades. There are tons of creatives and marketing people. What is missing is organised developers. Dutch designers are all members of the BNO (Association of Dutch designers). If you want to talk to designers or do something to benefit designers you go to the BNO. Developers have never had that anywhere. We want to build it here.”

For Americans, Lee points to the Dutch-American friendship treaty which allows you to bypass emigration and get an annually renewable residence permit if you to start a product company in Amsterdam. Residents of European Union countries can work in the Netherlands without any kind of work permit. He also mentions the open data initiative. “Open data is crude oil for developers. Amsterdam opens the data and then pays people to use it via contests. That is unique in the world”. At the Appsterdam launch, local investor Floris van Alkemade also announced the Appsterfund, a seed fund he is putting together to serve the Appsterdam community with investments of 10-50,000 EUR per company.

Several startup hubs are emerging in Europe including London and Berlin. Ireland created a €250m Innovation Fund specifically to attract foreign venture capitalists and overseas start-ups. Why should developers and entrepreneurs choose Amsterdam? According to Lee, “London is a tremendously expensive place to live. Berlin is not a good place to raise your children. Ireland is kind of in the middle of nowhere. I am from Hawaii so I say that with the greatest affection.”

I’m an adopted Amsterdammer myself, and I love the city, so it’s hard for me to be entirely objective about Appsterdam. Will it work? I don’t know. But I do know that there is nothing more powerful than an idea, especially when it comes with a catchy title. The Summer of Appsterdam starts now.