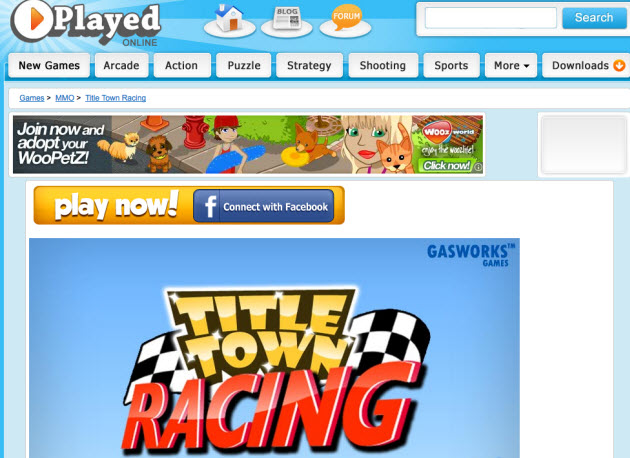 Adknowledge is announcing today a way to package Facebook games for monetization and launch them on web portals.

The goal is to enable game developers to easily expand their games from Facebook to the broader web without having to worry about doing all of the integration work for monetization. Adknowledge calls its solution Social2Web, which lets game developers create stand-alone versions of their Facebook games on their own web sites.

Other companies such as Heyzap and Hi5 make it easy to convert Facebook games from one platform to the web as well. But Adknowledge can do a better job because it offers a full range of monetization options for its customers, said Bobby McFarland, director of Social2Web.

Social2Web allows developers to create web versions of their games that can be inserted into just about any game portal or web site. That helps expand a game’s distribution to a lot more users and it equips the game with the means to make money out on the open web. Social2Web allows developers to uses incentivized invites, social display monetization, direct payments, and access to Adknowledge’s monetization options such as offers or its ad network. Some of those options, such as incentivized invites, have been removed from Facebook.

Developers can expand their virality with incentivized game invites, such as sharing links via Twitter or email. They can also process transactions for credit cards at rates much lower than the 30 percent fee charged by Facebook for its Facebook Credits virtual currency. There are more payment options for gamers. And on the web, developers can earn money for display ads shown next to their games; on Facebook, the money for such ads goes into Facebook’s pocket.

Adknowledge, headquartered in Kansas City, Mo., was founded in 2004 and has grown through acquisitions of startups such as Super Rewards into the largest privately-owned internet ad network.