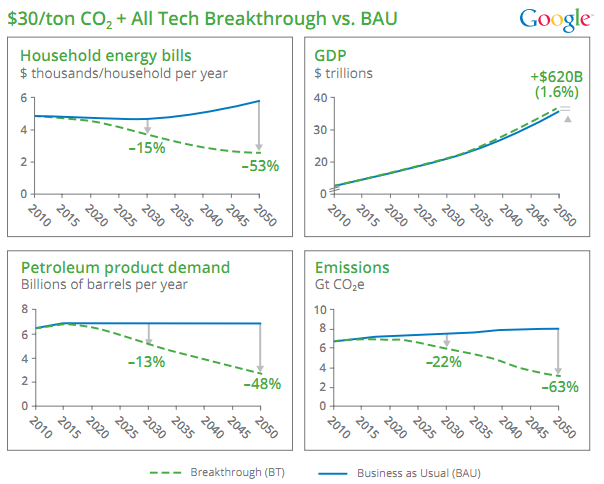 Google’s report focuses on two ways to increase the funding for clean technology projects. The first is a model in which the U.S. government aggressively expands its clean technology policies and increases the amount of nuclear power deployed. That model also assumes that there are additional carbon-capture projects deployed in the U.S.

The second model, which would have less of an impact than government intervention, involves taxing carbon emissions at $30 per ton. That would bring up the cost of power produced by plants that use coal, natural gas and other types of fossil fuels. It would bring the cost of electricity and power from those plants to something comparable with renewable energy sources like wind power and solar power.