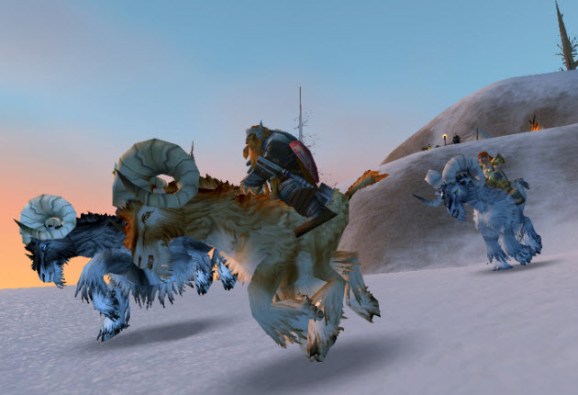 World of Warcraft, one of the top-selling online games in the world, will be free to download and play for a good chunk of the game’s introductory content, game developer Blizzard Entertainment announced today.

The new program is another way Blizzard Entertainment is trying to rope in new players for its popular online game. New players will be able to play the first 20 levels free but will have to buy all three expansions in addition to the original game if they want to continue playing past the 20th level. Blizzard Entertainment recently dropped the price for an original copy of the game and the first expansion to $20, but the other expansions are still priced at around $35.

World of Warcraft players can reach level 85, so the amount of content Blizzard Entertainment is making available for free is only a fraction of what’s available in the game. There is also an enormous amount of “end-game” content that is designed for players looking for additional challenges and better rewards once they reach level 85.

The company tried a number of “free trial” programs in the past, including a 48-hour trial and a one-week trial. By removing the time limit, Blizzard Entertainment gets a better chance at roping in casual players who need to play on their own schedules rather than a schedule defined by the game.

Blizzard Entertainment’s World of Warcraft is already a huge commercial success. The game boasts around 11.4 million monthly subscribers who pay around $12 a month to access the world of Azeroth. And the company makes a lot of money selling additional expansion packs and initial copies of the game. It has become one of Activision-Blizzard’s most reliable sources of revenue.