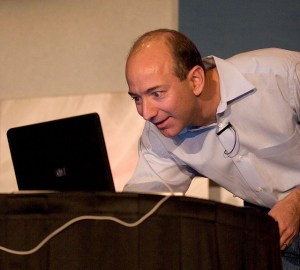 Amazon on Thursday said it had dropped the California members of its marketing affiliates program in response to the state’s new law to charge sales taxes on online goods. Amazon competitor Overstock also intends to drop its California affiliates.

Amazon is by far the largest online retailer with more than $34 billion in annual sales. Until now, Amazon and other digital retailers have had a significant advantage over local stores because it doesn’t have to charge sales tax in any state where it doesn’t have a substantial corporate presence.

In an e-mail to its California affiliates, Amazon said it opposed the bill because it is “unconstitutional and counterproductive.” Amazon further asserts that the bill is supported by big-box retailers that are out to harm their competitors.

California introduced the law, which requires Amazon and its affiliates to pay sales taxes, in the wake of a staggering budget deficit and amid hopes the online sales tax could help narrow the gap. In 2008, Amazon axed its affiliate programs in New York, North Carolina, Hawaii, and Rhode Island after those states added online sales taxes. Last year, Amazon cut off Colorado for the same reasons.

Other states are still fighting with Amazon on this issue as well. Texas, for example, sent Amazon a $269 million invoice on four years of unpaid taxes in late 2010.

What do you think of Amazon’s move? Do you think Amazon should continue to not have to issue sales taxes?