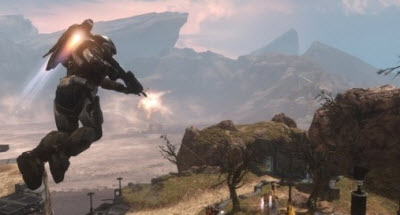 The creators of the Halo video game series are jumping into the social and mobile game markets with the establishment of their Bungie Aerospace division today.

The Bellevue, Wash.-based venture will help independent game developers create and publish mobile and social games. Bungie Aerospace will give indie studios the creative freedom and resources they need to launch their games, such as access to the huge Bungie community and Bungie.net platform. The move shows that social and mobile games are proving irresistible for game makers, even for a company as successful as Bungie, which has sold tens of millions of copies of its Halo console games.

“Bungie has always been passionate about making and playing great games, regardless of platform,” said Pete Parsons, Bungie’s chief operating officer. “Bungie Aerospace will allow us to explore game creation in multiple formats with some amazingly talented teams. Now that we’ve returned to our roots as an independent studio, we are in a position to launch Bungie Aerospace to support, foster, and elevate like-minded, independent developers.”

Bungie Aerospace’s first official partnership is with Seattle-based developer Harebrained Schemes, headed by Jordan Weisman, one of the biggest creative minds in the game industry. Weisman has created a wide range of games and companies over time. His projects include Halo 2’s “I Love Bees” alternate reality game, FASA Interactive, Wizkids, the MechWarrior and Shadowrun universes, and dozens of other creations. The studio’s first mobile gaming title, “Crimson,” will launch this summer on Apple iOS and Android devices. More details will be revealed in the coming weeks.

Bungie was founded in 1991. It scored big with Halo on the Xbox in 2001 and released a series of Halo games culminating with Halo Reach last year. Now it has moved on to create a new sci-fi universe in a deal with Activision Blizzard.

We’ll be exploring the most disruptive game technologies and business models at our third annual GamesBeat 2011conference, on July 12-13 at the Palace Hotel in San Francisco. It will focus on the disruptive trends in the mobile games market. GamesBeat is co-located with our MobileBeat 2011conference this year. To register, click on this link. Sponsors can message us atsponsors@venturebeat.com.