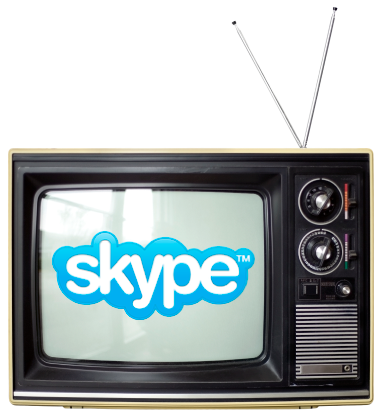 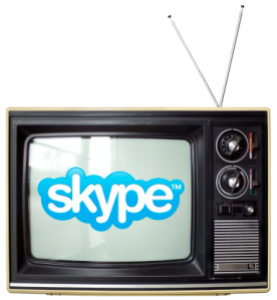 The new version of video-chat application Skype for Comcast’s Xfinity TV service focuses on providing a user-friendly experience for people who spend more time in front of a television than a computer, according to employees who worked on the app’s user interface design.

Comcast released a video on its blog Thursday showing the Skype app in action. The video, which features an interview with Jamie Hall and Susan Oppelt of Comcast Interactive Media, discusses the thought process behind building a Skype app for couch potatoes instead of tech geeks and professionals.

The Skype Xfinity TV service offers a stripped down version of the popular voice, video and instant messaging application used on a desktop computer. The service will run through HDTV set-top boxes and require a special remote control provided to subscribers for free. It’s unknown if/how much Comcast will charge to add access to Skype.

As shown in the video clip (embedded below), the TV-version of Skype has a clean, minimalistic design. Graphical elements and animated effects are noticeably absent, which helps new users focus on the functions of accessing contacts and conducting video chats, according to Hall.

“We didn’t want to decorate the screen with elements that weren’t relevant,” Oppelt said.

The partnership between Comcast and Skype, which the cable giant announced last month at a trade show event, benefits both companies.

Since most current Skype users likely prefer using desktop and mobile versions by default, it makes sense for Comcast to concentrate on building an application for a new market of television watchers. If its current subscribers find the addition of Skype useful, it enhances Comcast’s overall value.

For Skype, a TV app allows the company’s over 600 million current users to access the broad demographic of people already subscribing to Comcast’s services. And the more people Skype’s users have access to, the greater its chance of becoming a more dominant communication service.