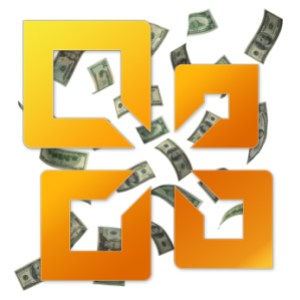 If you want to attract customers to a new product, sometimes you have to give out samples.

In a bigger-than-usual case, Microsoft has handed out $250,000 to the University of Nebraska to switch its e-mail, office, and calendaring programs to the just-introduced Office 365, according to InformationWeek.

Office 365, a suite of Microsoft’s well-known Office products tailored for the cloud, seeks to bring businesses and large-scale clients into the era of cloud computing. Making the University of Nebraska a spotlight for Office 365 use will help Microsoft make the case to other businesses that 365 is useful and ready to run.

Nebraska chose Office 365 over IBM, which had been providing the school with services via Lotus Notes, and Google, which has its own lower-cost-but-less-established Google Apps.

The funding will go toward migration, consulting, licenses, and a Microsoft Premier Support plan. After the move is finished in 12 to 18 months, using Office 365 will save the school an estimated $500,000 a year.

The funding came from Microsoft’s Business Incentive Funds program, which is not often talked about but is available to partners, resellers, and customers that need an extra incentive to sign a long-term contract. Nebraska has been using IBM’s Lotus Notes since 1997, so you can see why the school needed an extra push to move to a new set of software.

Would you like to see your school or business start running Office 365?