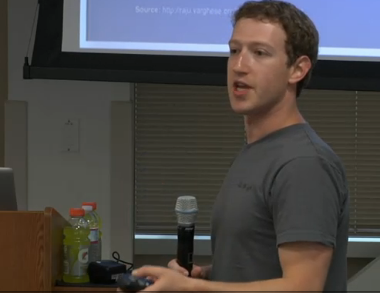 Facebook has just unveiled a new video chat service. The service, powered by Skype, is built into the messaging service on Facebook’s website.

Facebook also unveiled a new design for its messaging application and is giving users a more streamlined way to add users to a group chat.

Skype, on the other hand, charges extra for group video conferencing. Skype also doesn’t have an easy way for third parties to implement its video chat service.

Facebook is the world’s largest social networking site and has 750 million monthly users. It recently finished a fundraising round worth $1.5 billion that valued the company at $50 billion. GSV Capital also recently invested in the company at a valuation of $70 billion.

Here’s a breakdown of the highlights from Facebook’s product announcement. 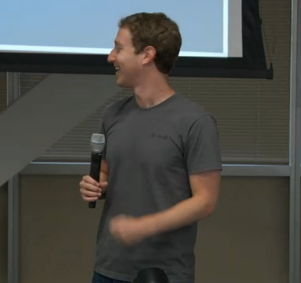 10:17 a.m. — “Now the world generally believes that (social networking) will be everywhere. People genuinely believe that people want to stay connected, and somebody has to be building tools for that to happen,” Zuckerberg says. 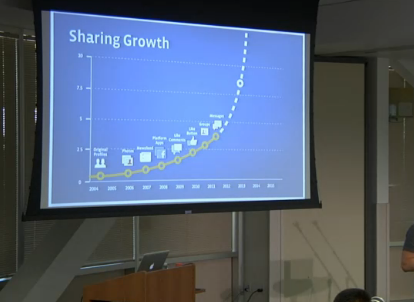 10:28 a.m. — “There were millions of chat messages coming through a day, but one thing that surprised us was how hard it was to find people who were online.”

10:33 a.m. — Group chat is now ad-hoc. With one click, a user can add friends to a chat if they are online. If an added user isn’t online, they will receive a digest of all the messages when they return online.

10:34 a.m. — The new messaging design detects how large your web browser is and adds a buddy list if the browser window is large enough. 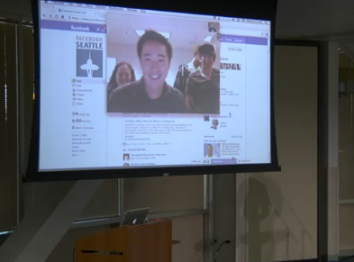 10:35 a.m. — Facebook is now giving a demo of video calling. The feature is coming out today. Users can click a call button on a chat tab or on another person’s profile and begin a video call.

10:38 a.m. — “Remember what we did here — an easy, one-button click to call a friend that is on a social network that already has all your friends.”

10:39 a.m. — The download for the video-conferencing plug-in should be done in around 30 seconds, the company said.

10:41 a.m. — Skype CEO Tony Bates is taking the stage. “It’s really gratifying to see the product and have this available on the leading social networking platform out there.”

10:41 a.m. — Skype is averaging around 300 million minutes of video every month and around 50 percent of the company’s calls are video calls, Bates said. 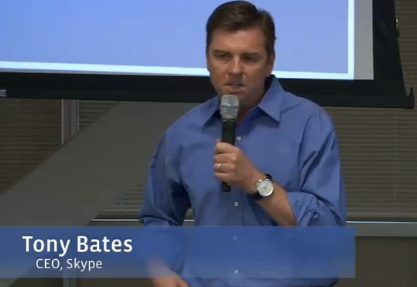 10:42 a.m. — “The technology itself, it’s tough — we’re talking billions of people. We’ve worked very hard with all the lessons learned. When we started working on this about 6 months ago thinking about how we’d do the deep integration, it became clear we could establish a long-term clear relationship that has long-term benefits for both of us.”

10:43 a.m. — “We get huge reach, talking about having paid Skype products available in the web format, and we’re really excited about it,” Bates said.

10:44 a.m. — Zuckerberg is back on stage. “More than half of our users are now using groups, and now most of our users with big enough browsers will have a better chat experience.”

10:45 a.m. — Zuckerberg and Bates are now taking questions about the announcement.

10:45 a.m. — “Today we are doing (video calling) for one-on-one,” Zuckerberg says in response to a question about group video chats and Google Hangouts. “I wouldn’t rule anything out, but I wouldn’t undersell the importance of what we have today. The vast majority of video chat is one-on-one chat. I just think this is super awesome.”

10:46 a.m. — “I’m not gonna say a lot about Google+, we’ve all only spent a little bit of time on it,” Zuckerberg says. “You’re gonna see a lot of companies that haven’t looked at social networking in their apps, not just companies like Google.”

10:54 a.m. — “We’re in the process of figuring out what to do next. We took a turn for this iteration to do video calling in Facebook, and we’re laying out the roadmap for the next things we’re gonna do.”

10:58 a.m. — “The majority of users don’t want to configure this stuff themselves. A huge amount of our users will never go out of their way to add a friend. That’s one of the valuable things about the network doing the things for you. About half of the user base now uses groups, so that’s the approach we think is a lot more promising.”