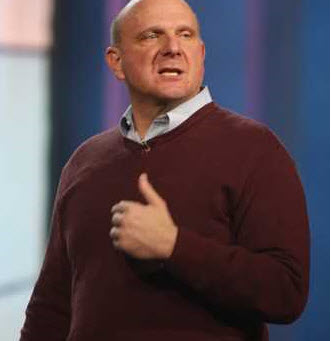 Microsoft has asked Samsung to pay $15 for each Android phone it makes, according to a Reuters report. Microsoft owns a lot of patents related to Android and is using them to help earn millions of dollars each year.

The patent game keeps heating up. Tech companies are using patent law to hinder the competition instead of simply providing a better overall product.

Since 2003, Microsoft has created licensing agreements with more 700 companies, including five Android-related companies. The biggest of these was an agreement with manufacturer HTC last year that reportedly ended with HTC agreeing to pay Microsoft $5 for each Android phone it sells. And just yesterday, Microsoft signed a patent agreement with phone component manufacturer Wistron to license some of the big M’s Android patents.

There’s been no official word from Samsung about the request, but the company is reportedly in talks to lower the payment to Microsoft to $10 per phone in exchange for a more amicable relationship between the two companies. Meanwhile, Samsung is embroiled in a high-stakes patent war with Apple.

Microsoft’s move to make more money on Android comes as its own mobile platform, Windows Phone 7, is trying to take off. Clearly, Microsoft wants to push more manufacturers to make WP7 devices and hopes that making Android phones more expensive will incentivize manufacturers to try out WP7 instead.

Samsung is the second largest phone manufacturer in the world after Nokia, and it sold an estimated 19 million smartphones from April to June this year. If, for example, those 19 million smartphones were all Android and Microsoft’s $15 per phone agreement was active, that would equal a staggering quarterly payout of $285 million.