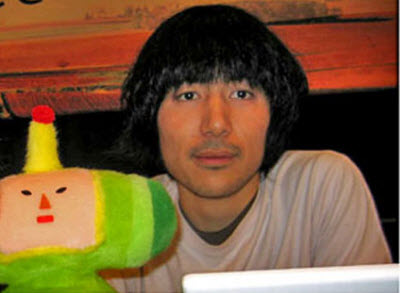 Tiny Speck, a social game startup that has been making a title called Glitch, has scored a coup with the hiring of Keita Takahashi, a famous Japanese game developer.

Takahashi (no relation to me) is the creator of Katamari Damacy, a whimsical game that has sold millions of copies and was a rare example of independent creativity in the video game industry. Katamari Damacy was an insanely creative game, where you took a ball and rolled it over things that stuck to it, generating a huge snowball with a patchwork of items sticking out of it.

The hiring shows the disruptions happening in the core video game market and how talent is migrating from the older part of the industry to the new. It’s also a great endorsement for the team at Tiny Speck, which was created by Flickr co-founder Stewart Butterfield. Tiny Speck raised more than $10 million in funding in April.

Takahashi has left Tokyo and relocated with his family to Vancouver to work with Tiny Speck.

In a blog post, Tiny Speck said of Takahashi, “His power of imagination and ability to realize something wholly unique and different stands out in the history of games.” Takahashi started having a conversation with the Tiny Speck team a few months ago and played some Glitch, which is in testing. He and the team found they shared values such as “deep beliefs in curiosity, humor, absurdity, and above all a belief in the positive power of play.”

We call this topic the “talent migration” and it’s one of the topics we will talk about at our GamesBeat 2011 conference next week in San Francisco.

We’ll be exploring the most disruptive game technologies and business models at our third annual GamesBeat 2011 conference, on July 12-13 at the Palace Hotel in San Francisco. It will focus on the disruptive trends in the mobile games market. GamesBeat is co-located with our MobileBeat 2011conference this year. To register, click on this link. Sponsors can message us at sponsors@venturebeat.com.
Our sponsors include Qualcomm, Flurry, Greystripe, Nexage, Tapjoy, Fun
Mobility, TriNet, Zong, Sibblingz, OpenFeint, Spil Games and
WildTangent.