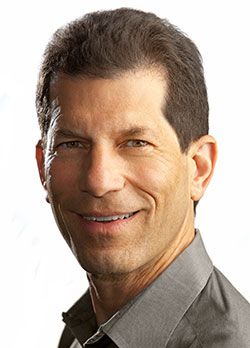 Jon Rubinstein, the former CEO of Palm who orchestrated its $1.2 billion sale to Hewlett-Packard in 2010, is no longer heading Palm. And Palm itself is no more: HP has renamed the division the “webOS global business unit.”

“It’s basically a renaming and shuffling,” an HP spokeswoman said.

Stephen DeWitt, who was the senior vice president in charge of HP’s American PC business, will lead the new division, which is known as HP’s Personal Systems Group.

Rubinstein (pictured), whose career included a stint as the head of Apple’s iPod business, will take on a new role as senior vice president for innovation within the division.

The move, announced in a pair of press releases from HP (one, two), comes just 10 days after the company launched the HP TouchPad, its webOS-based tablet. The TouchPad and HP’s webOS-powered phones, such as the Pre and Veer, have been praised for their innovative interfaces, but haven’t made much headway in the market yet. With Android commanding a plurality of the smartphone market (at about 38 percent) and Apple’s iOS dominating tablets to the tune of 75-90 percent, depending on who you ask, HP has a lot of lost ground to make up.

The executive shuffle may be a recognition that webOS needs a more seasoned product marketing executive to push it forward in the market.

DeWitt said the move had nothing to do with webOS’s lack of momentum. “I’m an offensive-minded coach. This is about stealing the business,” he told VentureBeat.

Asked about Apple’s dominating lead in tablets, DeWitt’s answer was part defensive, part super confident that HP still has big opportunities in what will be a huge mobile marketplace. “Well, duh,” he said. “Apple’s been in the market for two years and they’ve been in development for years before. We weren’t in the market two years ago. But if you just roll out a couple of years, there are going to be tens of billions of connected devices bringing experiences, things that people value, to wherever they are.”

“For us, the path is complex, but also fits well into what HP does well,” DeWitt said.