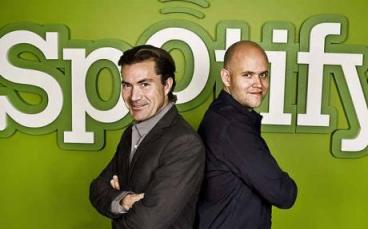 Much-hyped European music service Spotify plans to launch this week with a slow, invite-only process to add members, according to a Mashable report.

A Spotify spokesperson declined to give any details about the U.S. launch when asked about the report and said the company doesn’t comment on speculation.

Spotify provides cloud-based steaming music in Europe but announced last week that it would hit the U.S. “soon.” The service currently offers three models to European customers: a free version supported by ads that allows 10 free hours of streaming per month, an unlimited subscription for €4.99 (about $7.22) a month, and a premium service, which lets customers access music on their mobile devices and costs €9.99 (about $14.46) a month. The biggest established competitors to Spotify in the U.S. are MOG, Rdio, Rhapsody, and Napster.

Sometimes an invite-only process can help fuel demand for a new service. Google+, the new social networking service from Google, currently requires people who already have the service to pass along invites to friends, family, and other connections. Google+ demand, in turn, has skyrocketed and it even had so many people jumping on to the service that it briefly “ran out of disk space.”

Are you looking forward to Spotify’s launch?