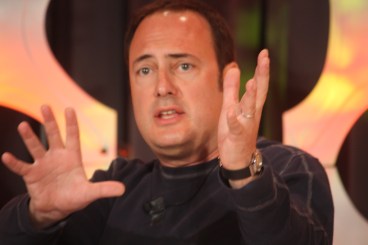 The head of streaming game service OnLive, Steve Perlman, said his new wireless data transmission technology will be so fast that the latency will be less than a millisecond. He made the comments onstage at the GamesBeat 2011 conference in San Francisco today.

Perlman is talking about a new wireless transmission technology called Dido that has so far been under wraps. It’s a different approach to current wireless technology that has “unlimited capacity,” Perlman said.

“If everyone here decided to watch HD video on a tablet, that would overwhelm any network,” Perlman said. “But with this technology, each of you would have the full bandwidth of being in that wireless cell; you would not interfere with each other at all.”

The technology took 10 years to develop, Perlman said. He self-funded the project because the company could not find investors for the technology. There is a working version of the technology in Palo Alto, Calif., he said. It uses radio waves that can permeate different types of materials like walls or copper.

The film resolution used in theaters is called 4k resolution — 4,096 pixels by around 2,000 pixels tall. Dido is designed to carry that kind of resolution at 240 frames per second at sub-millisecond latency, Perlman said. The technology is designed for OnLive, an online service that runs games on remote cloud servers and streams them over the Internet.

OnLive can run triple-A titles like Assassin’s Creed: Brotherhood — which typically require very powerful game consoles — on computers and tablets that don’t have a lot of processing power. With Dido, any device will be able to run games at maximum resolution and speed without experiencing any kind of slowdown, Perlman said.

The company also unveiled a web browser that uses the same technology at the Electronic Entertainment Expo this year. That web browser is wired into a 10-gigabit Internet connection that downloads the content and then streams it as an interactive “video” to devices, which takes less time. The whole experience usually ends up being much faster than typical web browsing, which can take upwards of a minute to fully download the contents of a website. OnLive can download that same content in a matter of seconds and stream it over the Internet at about the same quality and speed as a YouTube video.