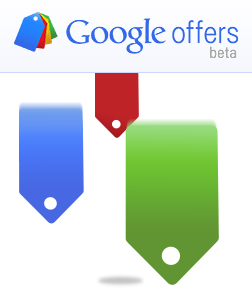 Google Offers, the mega search company’s Groupon competitor, launched in beta last month in Portland, and we knew it was only a matter of time before it started offering daily deals to the rest of the U.S. Today, Google is touting deals to prospective customers in New York and the San Francisco Bay Area.

Google attempted to buy Groupon late last year, but Groupon declined the reported $6 billion offer to pursue its own lofty goals and has even filed for a $750 million IPO. In response, Google introduced Offers, which could prove dangerous to Groupon, LivingSocial, and other daily deal sites.

Google Offers’ site says Austin, Boston, Denver, Seattle, and Washington D.C. are coming soon. People in those cities can go to www.google.com/offers to sign up if they want to be notified.

Android phone users get a little extra Google Offers love because they can buy, view, and redeem a Google Offer via the Google Shopper 2.0 app for Android.

The big question Google must answer is how it will differentiate itself from Groupon and LivingSocial. With Google’s heft, reach, and resources, the company has the power to give businesses more tools and a broader reach. A business’ Google Offer, for example, could show up when someone puts in a particular search term into Google. Or perhaps Google’s new Google+ social network could advertise an Offer when someone talks about a business or service.

A Google spokesperson told VentureBeat that Offers is “unique in several ways” and has added convenience for those who already have a Google account or use Google Checkout. “For businesses, an important distinction from other local deals providers is that the revenue from pre-paid Google Offers comes to them within a week,” the spokesperson said. “With costs on the rise for everything from gas to milk, getting paid up front means a lot to small businesses. And we know people want to support local businesses, so this is one more way to do that while having fun at the same time.”

Google Offers’ promotional video on NY and SF is below: