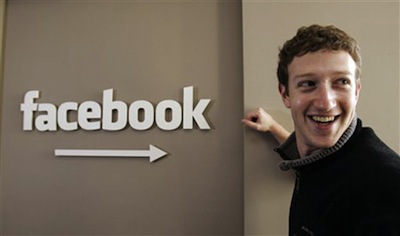 UPDATE: Facebook CEO Mark Zuckerberg is still on Google+, he just isn’t being as open with his profile.

Earlier it was believed he had left Google+ all together, because he was no longer showing up in Socialstatistics.com. Instead he just hid the part of his profile that shows followers.

“We created profiles so that you can use circles to choose who can see different parts of your profile page,” said a Google spokesperson in an email to VentureBeat. “Apart from your name, profile photo, tagline, gender (changing soon) and scrapbook photos, any piece of information on your profile page can be modified to be viewable only to certain people.”

Google notes that you can see how any of your contacts would see your profile page by entering their name in the “View profile as…” box, on the top right of your profile, or select “anyone on the web” to see how your profile will look publicly.

Earlier we spoke with Robert Scoble, a popular tech blogger and friend of Zuckerberg’s who now works at Rackspace, about Zuckerberg removing his follower numbers. “If he did, it’s because he just didn’t want to make a spectacle.”

Last week Zuckerberg had the distinction of having the most followers on Google+, with more than 21,000 followers and about 40 friends. Scoble is the man who confirmed it really was Zuckerberg on Google+ and not an imposter. Scoble tweeted at the time:

“Name drop moment. Zuckerberg just texted me back. Says ‘Why are people so surprised that I’d have a Google account?'”

According to Socialstatistics.com, Scoble is now the most followed person on Google+, with more than 43,000 followers.

“[Google CEO] Larry Page has more followers than me, but you just can’t see it,” said Scoble. “Google people are turning off their follower indicator because they want non-Googlers to be on the list. This network should be about users, not executives.”

“There is one legit reason to turn off followers,” says Scoble. “It helps protect the privacy of the people you are following. For example, if I am following my wife, she’s going to get 1,000 requests just because she’s married to me.