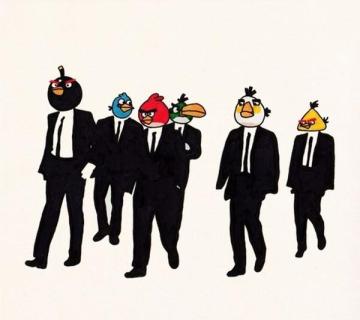 [Update: Another audience member also asked if Rovio was raising money, to which a representative of the company said it was serious about raising money.]

Angry Birds maker Rovio might be in the process of raising another round of funding.

And when a member of the audience went up to ask Wagemans if he was serious about raising money, he said the company was serious. The whole hoopla went down at a presentation at the GamesBeat 2011 conference in San Francisco, Calif., today.

Angry Birds is a popular game on mobile devices where players fling birds at structures to try to destroy pigs. It started on smartphones like the iPhone and on tablets like the iPad. It has since expanded to a large number of other platforms like web browsers and TV boxes that are powered by operating systems like Android.

The company finished raising its last round of money — $42 million —  in March this year. Rovio has been expanding through 2010 and 2011 and currently has 50 employees in Finland.