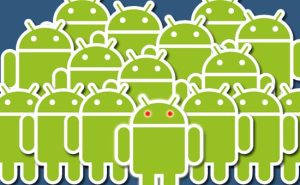 The number of daily activations is steadily increasing. Just over two weeks ago, Senior Vice President of Android Andy Rubin revealed via Twitter that there were 500,000 Android devices activated each day. He also said that the rate of growth was increasing by 4.4 percent each week, which matches up with the device activation number stated in the earnings call.

If Google can maintain that growth rate, it will reach over a million daily Android device activations by October. Yet, with the growing number of Android-enabled tablets entering the market and lower costs to consumers on both smartphones and tablets, daily activations could increase much faster.

To give some perspective of how big the current activation numbers are, Google was activating about 200,000 Android devices per day in August 2010 — meaning daily Android device activations have more than doubled in less than a year.