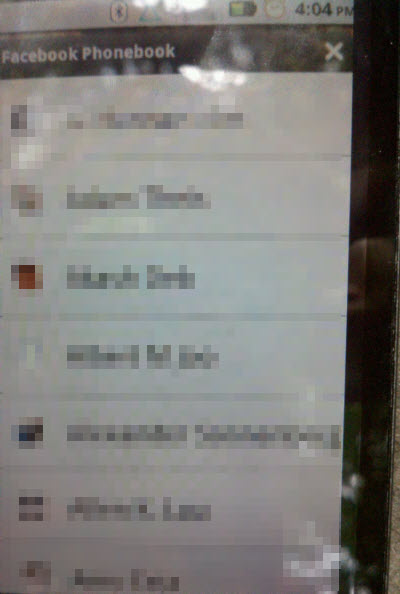 A Facebook user has accidentally discovered an app called Facebook Phonebook. We’re not sure what it is, but it looks like the social network company is testing the app in Canada before a general rollout.

Facebook has been working on a number of mobile technologies and this looks like one of the newest features that it plans to include in its mobile app.

This photo, taken by a friend of VentureBeat editor-in-chief Matt Marshall’s, shows the screen of the app, which appeared on the home screen of the user’s Motorola Droid X Android phone. The app showed up on the user’s phone unsolicited. We’ve pixelated the names and photos of the user’s Facebook friends in the image on the right.

It appears that the app takes the phone numbers from friends that you already have on Facebook and organizes them into a phonebook-like directory. It only lists the friends who have made their phone numbers available on the Facebook pages. You can tap on the friends and then make a phone call to them directly from the Facebook Phonebook app.

(Thanks to Matt Marshall and friend for the scoop. The photo is grainy since it was taken by a camera phone, and we blurred the names.)