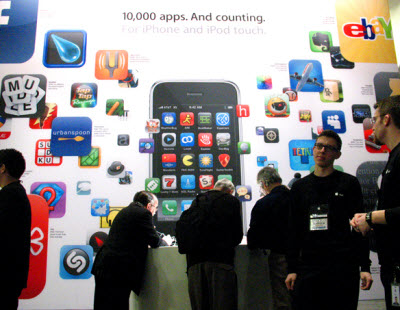 The smartphone has finally gone mainstream in the U.S., and cell phones aren’t just for calling and texting anymore.

A new study indicates there’s a dramatic shift to “smartphone culture,” where people are using social networks and downloading media such as games on their phones, according to Magid Media Futures: Mobile 2011. Among the findings, smartphone users spend more on virtual goods in games than social networking users do.

“We are seeing a smartphone culture radically change the way we interact with content and media,” said Mari Baker, chief executive of PlayFirst, which makes a wide variety of web, social, tablet and smartphone games. “This is a big wave of change and it gives us confidence in the platform.”

For years, American cell phone usage lagged behind that of Europeans and the Japanese, but that seems to be changing at long last.

The survey was conducted by Frank N. Magid Associates and sponsored by casual game firm PlayFirst. The survey reports that nearly half of non-smartphone owners are considering buying a smart phone to replace their feature phones in the next 12 months.

Smartphone ownership grew 35 percent from 2010 and the installed base is expected to reach half of the U.S. population in a few years.

About 45 percent of smartphone users play games on their phones. Smartphone owners are three to five times more likely to play games, use social networks, and access the internet from their phones, in comparison to traditional feature phone owners.

In 2010, only 10 percent of respondents said they were interested in buying in-game virtual goods on smartphones. This year, the number is 46 percent. Smartphone users spend more money on games and they spend more money, in comparison to social networking games. About 13 percent of smartphone gamers have bought virtual goods on their phones, spending an average of $67 last year. By comparison, social networking users spend $25 a year. About 8 out of 10 social network gamers have not spent any money over the past year in social games.

See below for some charts from the study. 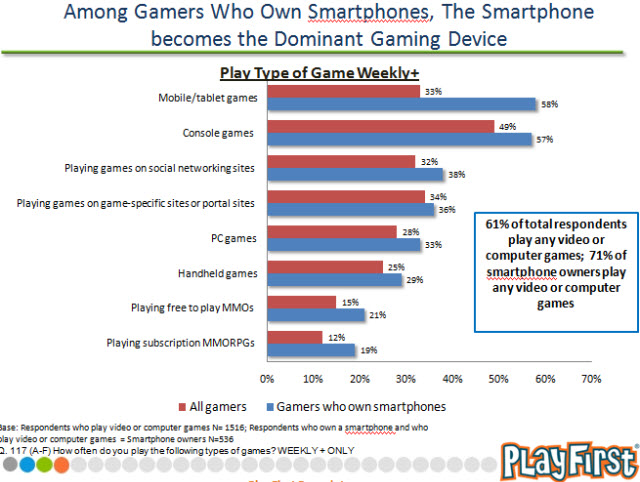 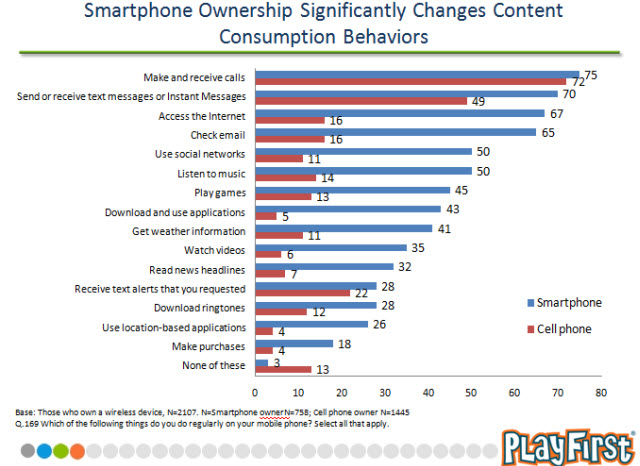 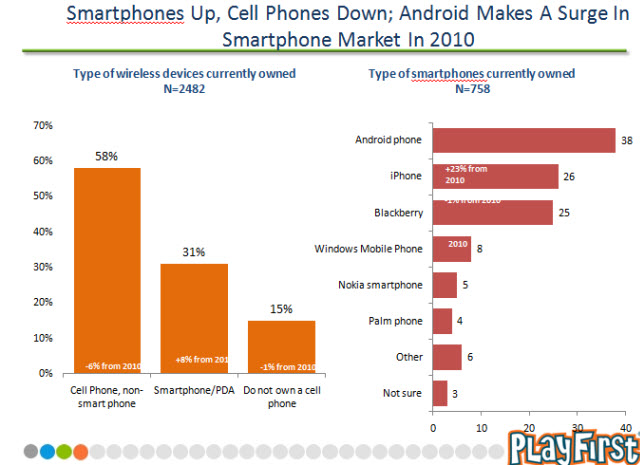